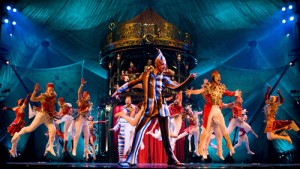 When Cirque Du Soleil’s Kooza opens today in Calgary, audiences will have no idea what to expect and that’s what makes this show so amazing.Â  I got the chance to see the sneak peek of the modern-day circus on Wednesday night and it may very well be my favourite Cirque show ever!

What was really great about Kooza was how real and raw the whole show was.Â  It rarely depended on special effects or pyrotecnics to dazzle the audience, instead they astounded us with some of the most flexible, talented and fearless performers we may ever see in our lifetime.Â  I was more than happy to feel like a child again!

Not only was the show acrobatically amazing, it was also packed with hilarious moments including countless gags with the clowns and a lot of really funny bit with audience participation.Â  I won’t tell you yet, because I don’t want to ruin all the surprises.Â  My jaw is actually sore from having to pick it up off the floor so often.Â  To say this show was spectacular is a complete understatement.Â  In fact, My hands haven’t been this sore since I discovered Xtube, but this time it was of because of clapping. 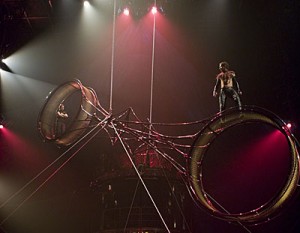 One of the night’s biggest highlights was when Calgary Mayor Dave Bronconnier was dragged up on stage to face-off against the world’s best pick-pocket. The out-going mayor obviously lost, but to absolutely hilarious results.

Kooza is so good that I would judge you if you didn’t like it.Â  Similar to Toy Story 3 and Modern Family, I simply can’t respect someone that doesn’t appreciate an amazing show when they see one.