Review: Catfish: The TV Show a worthy (and terrifying) catch

A few years ago, the movie Catfish came out in theatres and I don’t think there’s been a week that has gone by where I haven’t thought about this oddly disturbing and chilling movie. It was about a man named Nev who had fallen in love with a girl he’d met on Facebook, but had never met in real life…yet. After months and months of chatting, Nev decides to surprise “Megan” and meet her in real life. I won’t spoil it for you, but like I said, chilling and disturbing.

The documentary has now been turned in a docu-series on MTV, with the first episode airing this week. The series follows Nev has he helps others who are in online relationships meet the strangers that they’ve been messaging, dating and falling in love with.

Catfish: The TV Show is easily one of the most riveting and emotionally exhausting reality shows on TV right now. Obviously, at least if you’re a good person, you want the outcome to be positive, but you also know that it likely isn’t going to be. Watching it my palms were gushing sweat as these people got closer and closer to meeting. Even though I myself had never met them, I felt like I wanted them to be happy and more importantly, I still wanted to have faith in the internet. 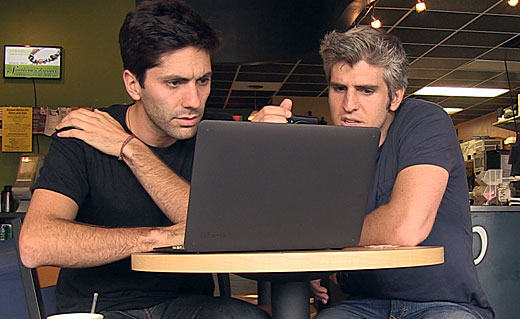 It’s fascinating to watch as people can either convince themselves or another person that it’s totally normal to go months, and in some cases years, without actually seeing each other. Sure they sometimes talk on a phone, but you would have to be crazy to not want to meet up with someone you’re supposedly in love with, right? Well, that’s why this show is so fantastic. You almost start to understand how these people end up in these situations, you sympathize and like I said earlier, you hope.

There are several statistics out there that say after the debut of MTV’s Teen Mom, the number of teen pregnancies actually started to decrease. Thanks in part to the series showing what being a teen mom was really like: Brutal, miserable and damn near impossible. I get that people meet people online all the time, heck I’ve even done it too. But my hope is that Catfish teaches people to trust their instincts, don’t believe everything you read and as one “victim” says in the TV show, “USE SKYPE!”