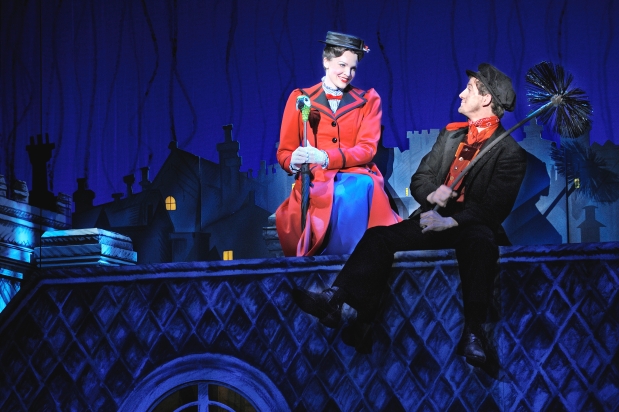 When the curtain rose for tonight’s opening night production of Broadway Across Canada’s Mary Poppins at Calgary’s Southern Alberta Jubilee Auditorium, I could barely contain my excitement. Mary Poppins was one of my favourite films growing up and I don’t think I had seen it since I was just little kid.Â  And I wasn’t the only one who was bubbling over with excitement, the audience’s actual children were on the edges of their seats waiting to see the world’s coolest nanny make her on musical stage debut. Luckily for me, and the kids, she and the rest of the stunning cast didn’t disappoint.

This production of the Disney classic is a super high energy and ultra colourful musical that almost bursts at the seams with goodness. Nearly half a dozen times during the nearly three hour show, I noticed a giant grin on my face. It hard thing not to do when you’re left in awe of the colourful costumes, the epic sets and the ease in which one big scene was transformed into another.Â  I can only imagine what the kids around me thought, because after seeing so many shows all over the world, Mary Poppins offers surprises that any theatre buff would be left applauding.

If I sound like I’m being over generous, maybe I am. But I left the theatre about thirty minutes ago and my toes are still tapping and I feel like I’ll never get “Step In Time” out of my head. The harshest or grumpiest of critics might argue that pace of the show sometimes weighs down the entire production, or that….well, actually I don’t know what else they’d have to complain about. I fancy myself someone who likes my musicals with a little edge, I’d line up to Urinetown or Avenue Q time and time again, yet I feel that I may have been converted to begin re-embracing Disney’s run on turning their movies into Broadway spectacles. 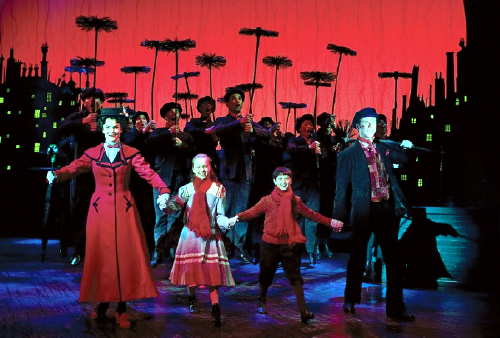 More than a spoonful of sugar, Broadway Across Canada’s show is a whole theatre full of sweetness, topped off with a jaw-dropping performance by American actress Rachel Wallace as the iconic nanny. She’s so practically perfect that Wallace almost seems destined to take on such an epic and challenging role. To so successfully pull of dancing, singing, comedic timing and the biting charm that makes Mary Poppins so great is a challenge Wallace happily accepts and nails.

Mary Poppins fanatics will notice some changes (Sorry, no penguins) but that’s because the show borrows from both the movie and the books from which the original film was inspired. But by the time the final curtain falls, none of it matters, you’ll rise to your feet and realize that sometimes theatre is meant to be fun for the whole family, which is what Mary Poppins would have wanted all along.

Mary Poppins runs at the Southern Alberta Jubilee Auditorium until August 5th. Special tickets are available 50% off one hour before show time.Â