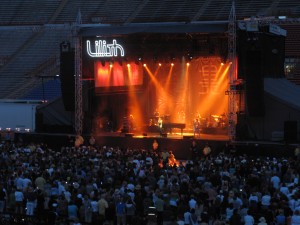 As hard as they tried, organizers simply could not get people excited about the show the same way they were thirteen years ago.

Perhaps it was the ticket prices ($250), maybe it was the random artists (Ke$ha) or maybe it was simply that the idea of an all female concert lineup had lost its appeal. Backstage Sheryl Crow said that thirteen years ago, you would never see a female double bill and now 50% of the most successful artists are female. So maybe in a way, Lilith Fair has put itself out of a job. 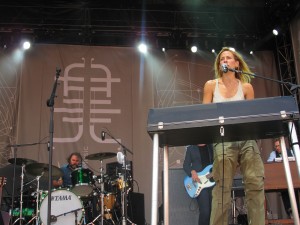 Either way, the summer festival made a graceful return to Calgary, where it officially kicked the new tour. Despite all the news of ticket prices selling poorly, over 9,000 people showed up on a sunny afternoon to enjoy the festival.

The artists at each of the venues will change depending on people’s scheduling. Â McLachlin will be the only one to play EVERY show. Â The Calgary mainstage featured Colby Caillat, Erykah Badu, Sheryl Crow and Sugarland. Â It is too bad that only one Canadian was featured on the big stage, it seems like it would have been a great opportunity to showcase some homegrown talent. 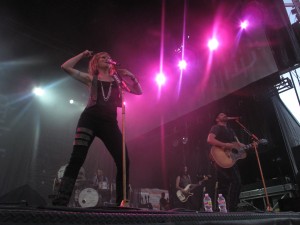 The crowds seemed to be enthralled by the performances but less than thrilled with pretty much everything else. Â There were no food vendors besides the stadium staples. Â Plus, long lines for food, the bank and the washrooms grew more and more aggravating as the day went on. Â If you think lines for the women’s washroom is usually long, try going to “Breast Fest.” 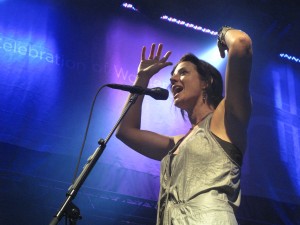 Lilith Fair will continue to tour across North America all summer long. Â If I were you, I’d wait to buy my tickets last minute. Â The night before the concert, Ticketmaster slashed the prices by 50%!

Welcome back Lilith, we missed you.

(You can also read my story about Lilith in Monday’s Metro. Click here to read it!)