Or so I thought.

I just got home from Justin Timberlake’s first concert of 2014, here in Edmonton, Alberta.

The show, is the second lag of JT’s world tour, which will see him perform basically until the end of August, pulling in more than $1 million + per show. Â  The concert itself is epic, without an opener, Timberlake opens up his entire catalogue and performs live for nearly three hours, pumping out more than thirty songs, which it turns out, ends up being too much of a good thing. Or in this case, a so-so thing.

When Justin released two albums in 2013, a lot of people wondered why Timberlake he would do so, so close together and truthfully, so did I. But half way through this concert, I realized it was because he needed enough songs to fill an almost three hour concert. The thing is, as fans, we don’t need a three hour show, especially if you’re just going to fill it with the type of slow jams we used to make out with in high school…or in my case…after university.

If I’m being completely honest, the first half of the concert could be elected as the mayor of a town named Boredom. But saying that is confusing and feels sort of sacrilege, even for me. I mean, who readily admits to not liking anything Timberlake does. Justin Timberlake as a human? Â Great! Â Justin Timberlake on SNL? Fantastic! Â Justin Timberlake as an actor? Â Getting better by the day! Â As a musician, super talented, just without the catalogue of music to worthy of a three hour concert. If the critics and fans didn’t overwhelmingly love the new album, why fill your concert with it, especially once it’s already sold out? The audience is willing to forgive you for your recent foray into a new genre, why punish them for it? 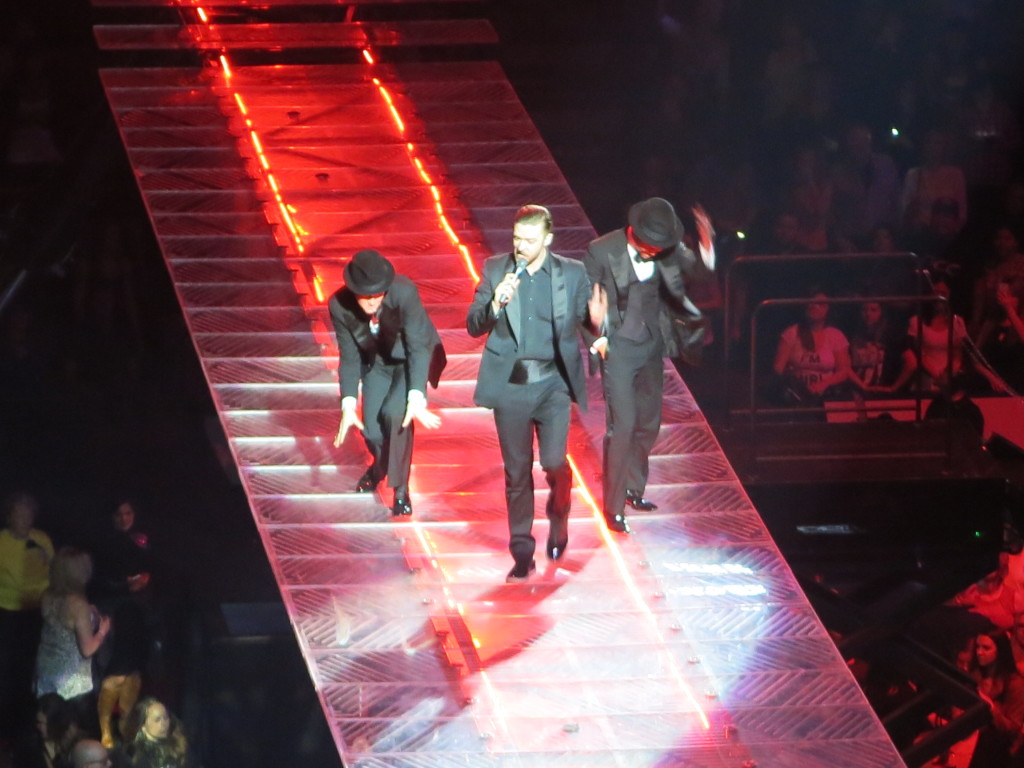 At one point, I daydreamed about a big screen coming down and just showing some of JT’s SNL skits, because wouldn’t that would be more amusing than playing bland song after bland song from the 20/20 Experience.

The fun of the Timberlake concert really starts after the brief ten minute intermission, when he puts away the slow jams and brings out the big hits, along with an amazing hovering stage that allows him and his audience to the back of stadium, a trend that I’ve recently in Katy Perry, Coldplay and Taylor Swift concerts and one, that I hope sticks around. Â  I have full respect for an artist who at one point says, ” I want to be close to the people who only paid $100 for a ticket.” 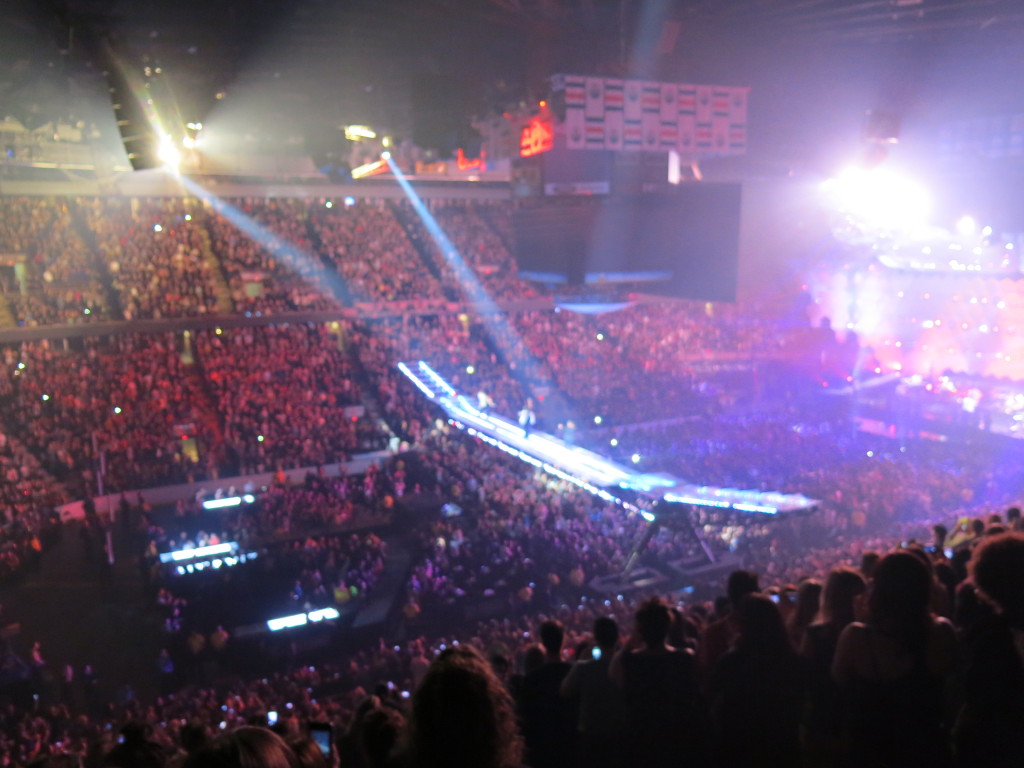 And when I say the fun begins, I mean it. I almost felt bad that I had poo-pooed the first act, although the emotional scars that were left behind wouldn’t let me. But the second act was what we expected from Justin Timberlake. Fun, fast-paced, pop-laced dance songs and basically, just a really good time. There was definitely a noticeable difference in the mood of the audience, whose patience was likely waning.

Will I see Justin Timberlake again? Â Definitely. Because by then, I assume he’ll have put out a few more hits and won’t need so much filler.