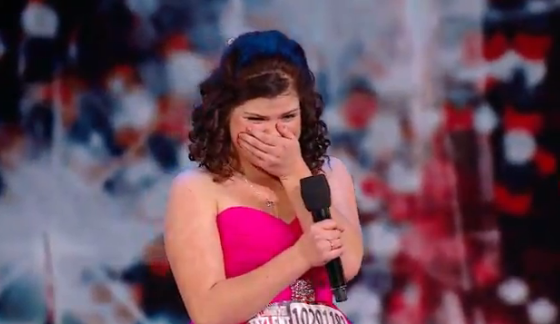 Tonight marked the second episode of Canada’s Got Talent and after last night’s blockbuster premiere (CityTV highest rated premiere ever!) expectations were high.

The judges Stephan Moccio , Measha Brueggergosman and Martin Short found themselves in my neck of the woods, Calgary. Â  If you weren’t sure, Dina Pugliese‘s was wearing a cowboy hat to remind you!

The auditions kicked off with a seven-year-old fiddler Jack Forestier joined by his father Michele.Â  Before he even started playing, I was tearing up, mostly because I have a thing for kids in hats that don’t fit them.Â  The performance wasn’t that strong, but I think the entire cuteness of the act helped put the Forestier family into the next round.Â  They did have a fan in Moccio, who said that the boy “found the essence of this competition.”Â  While I’m not sure if he’ll make it to the finals,Â  I’d definitely love to see how an act like that would do on the Vegas strip.

Keeping with the kids, 12 year old Olivia Smith was brave enough to sing opera in front of Brueggergosman and it paid off as she earned a standing ovation from Martin Short. Measha was happy to see Smith go into the next round, saying “I can hear such potential.” 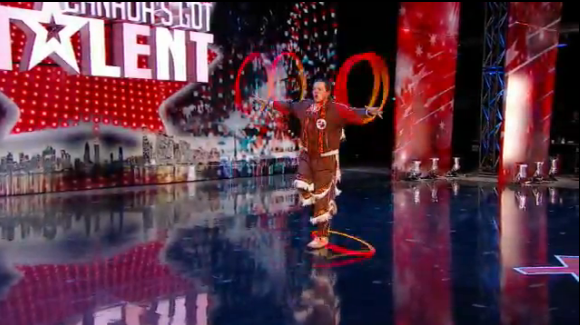 The night’s inspirational moment of the night went to Dallas Arcand, who used his talent to rebound from a trouble childhood, that saw him go to jail and a life of batting the bad influences from his parents.Â  In the end, Arcand was able to put all of that behind him and wow the audience and judges with his amazing hoop dance performance.Â Â  It was exactly what this show needs to find in a winner, a great story and an exciting act.Â  I think Arcand will be around for a while.

But it wasn’t a night full of success, some of the acts getting the three big Xs from the judges included The Pussycat Dolls wannabes Chiq Addition, a guy on roller blades and a pretty awful celebrity impressionist.Â  Taking the cake for bad acts was the hilarious Fatt Matt, the world’s fattest contortionist.Â  I can’t really describe what we saw, but let’s just say the term “Quarter ton moose knuckle” was used and it was horribly awesome.Â  If you were wondering how random the acts were, the contortionist was followed up by the The Canadian Rabbit Hopping Club, which although perfectly weird, wasn’t good enough to make it to the next round.Â  Although, they do have a solid chance at becoming the next big thing at The Calgary Stampede. 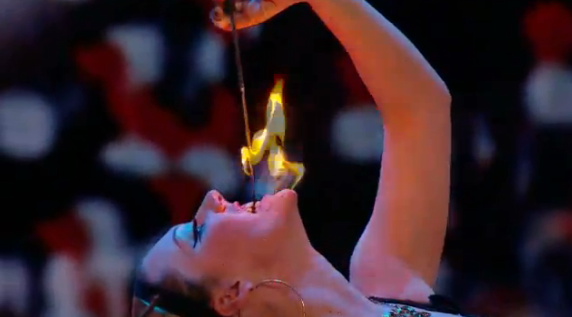 In the end, Calgary had a quite a few acts thatÂ  made it to the next round including Marissa “fire eater” Puff, jazz band The Classy Chassy, Aaron Dobbler got through thanks to his bike tricks, Terri Stevens was hilarious with his (her?) drag celebrity impressions, crooner Billy Schmidt brought down the house and Michelle Lee, the singer who has clearly rebounded after donating a kidney to her brother.

Since I live in Calgary, I’m really happy that the show didn’t just focus on country music and cowboys.Â  I think the second episode really highlighted what I’ve always known about this city, it’s amazing.

Next week, the show will travel to Vancouver where it looks like we have some wrestlers to look forward to.

What did you think of the second episode?Â  Are you a fan, did we see this season’s winner in Calgary.