Reason to drink in the morning 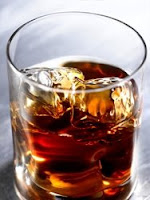 Ahh another Friday, another day of Â one of Calgary’s most popular radio stations causing me rage onlyÂ controllableÂ by a stiff rye and coke before 8am in the morning. Â

May I present three reasons why I hate Vibe 98.5…this week.
$10,000 Charity Challenge.Â
While I think it’s great that the station is donating $10,000 to a charity of the DJ’s choice. Â It becomes slightly less great if it’s all you talk about. Â Yes, look how awesome you are, look at you helping out a charity! Â The charity’s life is never going to be the same again! Â Why don’t you put a little more focus on the charity instead of yourselves. Â You already have your own morning show, isn’t that enough attention? Â There is a reason there are anonymous donors, you should try it sometime. Â Same great feeling, less icky feeling.
Speaking of patting yourselves on the back….
Morning Show Theme song
Why the hell do you keep playing that annoying YMCA inspired song in the morning? Â Do you really need to hear a song about how great your own morning show is. Â Most people who are funny don’t really talk about how funny they are, let alone sing about it. Â To your credit, it’s definitely not the most annoying morning show song out there right now….
The Chris BrownÂ Dilemma
Hey Vibe 98.5, Â do you know who is still playing Chris Brown music? Â Douches. Â Huge douches.Â ParticularlyÂ appallingÂ is the fact that you played the woman hitter during the family friendly 7am-8am hour. Â Totally not cool. Â IÂ particularlyÂ enjoyed the irony of you Â playing Brown then talking about your totally wicked cool awesome charity challenge. Â I can only hope that one of your charity’s is a women’s shelter for women who have successfully gotten the chris brown’s out of their lives.