>Available on The Q

Early this morning Canadaâ€™s newest reality show Second Cityâ€™s Next Great Comic Legend crept itâ€™s way into Calgary and despite the early rising time on a weekend I didnâ€™t miss the opportunity to finally try out for a reality tv show!

Iâ€™ve never been an awesome singer, I donâ€™t owe lots of money and I fancy myself an alright driver so most of my options for Canadian Reality TV show fame have always been few and far in between. I was robbed several years ago after trying out twice unsuccessfully for MuchMusicâ€™s VJ search, so I wasnâ€™t going to pass this opportunity up. 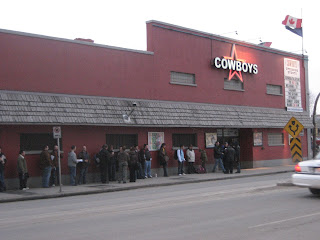 Second City, as any good Canadian should know is a world famous improve comedy troupe that has created the likes of John Candy, Rick Moranis, John Belushi, Bill Murray, Bonny Hunt, Tim Meadows, Tina Fey and Steven Colbert. And that is to just name a few.

The purpose of the show, as the title states, is to find the next big comedy legend. And although I was initially daunted by the use of â€œlegendâ€, I decided that this would be a fun thing to audition for. The auditions are currently taking place at a couple of different cities across Canada, they include: Vancouver, Calgary, Toronto and Halifax. 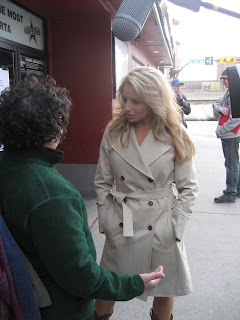 Iâ€™ve never really done stand up or even a lot of improv. But I do fancy myself funny and thought how else to know if Iâ€™m actually funny than throwing myself in front of a group of people who I had just met that would potentially crush my dreams of easy stardom.

After arriving at the audition site, strangely it was at Cowboys, me and my supportive friend stood in line for what seemed like forever. If you ever want to see a site, go to a comedy audition open call and see the whack jobs come out of the cracks. There were people in costumes, people drinking home made wine, one man had even left his two children 9 and 12 at home alone so he could audition. I considered calling the police, thus eliminating one of my competition, but didnâ€™t want to lose my spot in line. Kharma will take care of him.

While we were waiting for the auditions to begin we were introduced to the host of the show, WWE wrestler Trish Stratus. She chatted warmly with my fellow auditioners, her comfort both with being on camera and helping others feel at ease was obvious. So was how hot she was.

Two hours had passed and we were moved to the back of Cowboys. Profile pictures were taken and we were given a giant sticky piece of paper with the name of the show and our number. I was given the number 6908. I would later find out that that was Trishâ€™s favorite number. I couldnâ€™t figure out if she was talking about 69 or 08. I want to assume she was talking of the former.

Once we were given our numbers we were herded back in lines. The 200 or so of us that had been waiting so long to audition were getting very excited and wanted to get the show on the road, so to speak. 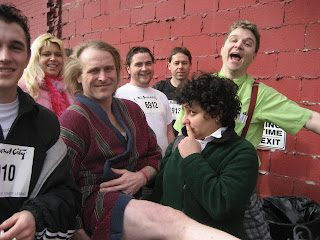 For the audition we had to prepare three 30 second monologues using different characters. As we stood in line we practiced our skits and waited patiently to do our stuff in front of the celebrities judges.Finally it was my turn and my heart was racing. I was so nervous. It didnâ€™t help that I had no clue who the judges were going to be. They turned out to be Elvira Kurt, Mick Napier and Joe Flaherty. When I walked on to the stage there were the three judges sitting there in the same way they would on American Idol. The lights and cameras were fixed on me and I found my mark. I asked them quickly if this was for a Shampoo commercial, they said no and chuckled lightly. Elvira remarked how much I looked like Moby. I said I get this all the time and have since mastered his autograph. She looked confused and then got the joke. I didnâ€™t know if I was off to a good start. I introduced myself and began my audition. My first character was a teenager with a really old manâ€™s voice trying to get people to buy him cigarettes. I basically have a go to old man voice, Iâ€™ve been using since high school and wanted to incorporate differently that I previously had done. 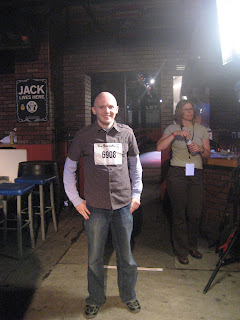 from his students. Basically it was me when I taught high school, for all of 8 weeks. This received a couple of laughs. When I got to my third audition, I blanked. I couldnâ€™t remember what my third character was. Was it nerves? Or maybe it was all the rye I had consumed only just hours before? Either way I worried that I was going to not remember. One of the judges distracted my nerves by pointing out the gap I have in my teeth. The only problem being is that I donâ€™t even have anything close to resembling a gap, but he said it added character, so I didnâ€™t correct him.

At the last minute I remembered my third character. The worst foster parent ever. I was too scared to look at the judges for fear of seeing them cringe, but I did it and said my thank yous. I told them I had a blast and thanked them for their time and exited. I would be notified tonight if I got a call back for tomorrow. On my way out of the room, Trish Stratus pulled me aside with the cameras and we did a little exit interview. We talked about my audition and then what I would do if I won. It ended up turning into some pretty awkward banter but it was really funny. She is a natural performer and when the cameras turned off we gave each other a little nod of approval.So as I left the auditions I was so excited to have been done. I was even more excited that I even did it in the first place. I truly believe that you have to make your own luck. And regardless of what happens tonight, call or donâ€™t call, at least I tried. I put myself out there and you know what? It was that bad. It wasnâ€™t that bad at all.

The show should be on this summer. Keep your eye out for me in the Calgary auditions.

Also, Check out the sign below. It was posted so that you had to read it before the actual auditions. Pay particular attention to the last two lines. So crazy! 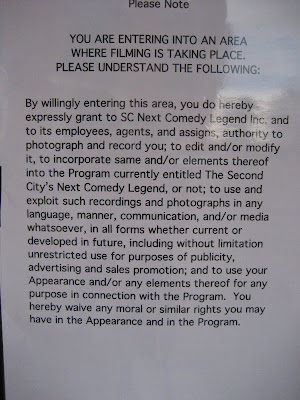