I almost don’t want to tell you about Ralph Klein Park. When I discovered it yesterday, there were a total of five people in the entire park and that includes one employee. To have a huge park all to yourself on the long weekend, felt like a tourist’s dream, but that’s the thing, I wasn’t a tourist, I was in my very own city.

When Ralph Klein Park opened to much fan fair last year, I wasn’t surprised. By some, Klein is a beloved political figure that is worthy of having a park named after him, but what I discovered yesterday is that the park is much bigger and impressive than Calgary’s former mayor and Alberta’s former premier’s reputation…and that’s saying something. 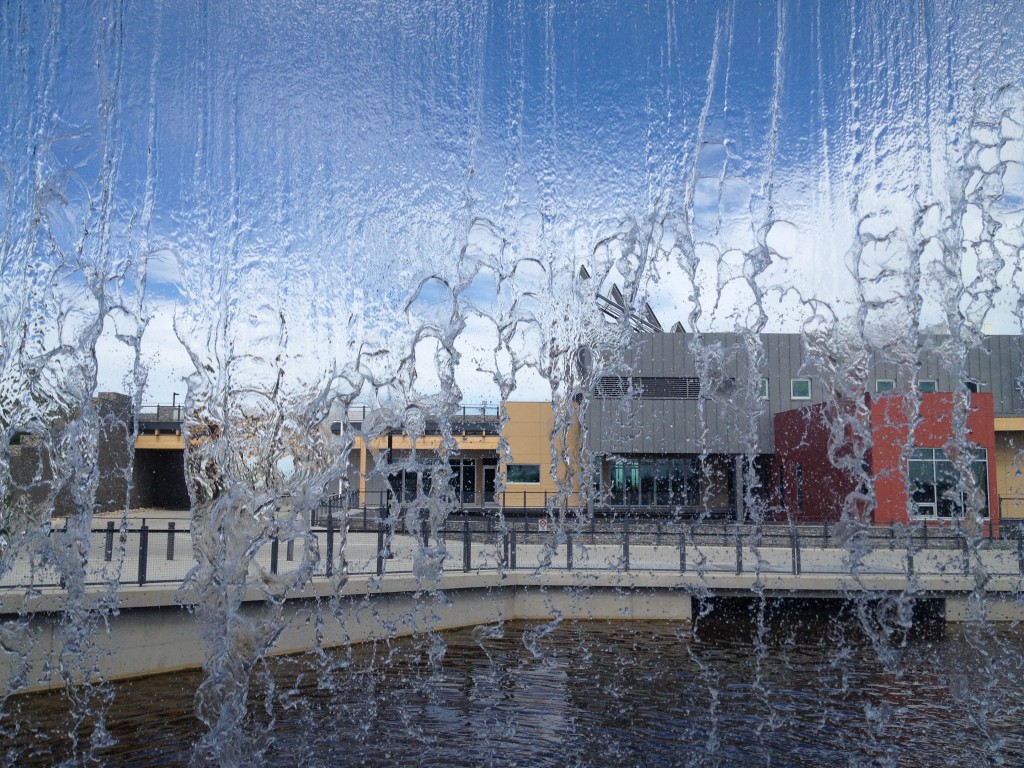 Finding the park itself is a little tricky, it’s not even on Google Maps, but once you do find it, you are rewarded with stunning mountain and city views, a waterfall and a total 30.35 hectares of land giving its visitors the ideal location for birdwatching, loads of comfy seating and endless trails.  The highlight of the park is definitely the  Environmental Education and Ethics Centre, which looks like it was taken right out of Denmark.  From whatever angle you look at it, the four story centre is unlike anything I’ve ever seen in Calgary.

On top of being a paradise for taking photos, Ralph Klein Park doubles as a location that promotes sustainability and a healthy future for the city. Throughout the park, we found learning gardens, weather stations, wetland study stations and viewing areas and an outdoor amphitheatre.

Fun fact:  Did you know that waterfalls put oxygen back into the air?  I do now!

Click here to find out more details on the park.  I can’t wait to go back, I just hope we don’t all go at once.