Putting the country in Calgary 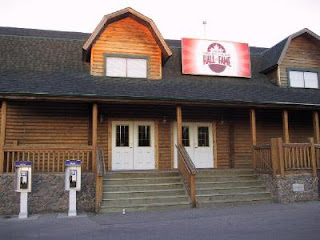 It was recently was announced that The Canadian Country Music Hall of Fame would be closing it’s Calgary doors and moving to Merritt, BC. I already know what you are thinking. And yes, there actually is a Canadian Country Music Hall of Fame and yes it was in Calgary. It was conveniently located on the Stampede grounds and opened only during those two weeks of July that many of us barely ever remember.

Despite being located in a city that often goes by the nickname of Cowtown, like all things publicly funded in Calgary, the Hall of Fame lacked any significant financial support and it was announced that it was closing it doors and moving west.

My problem is this: Doesn’t it strike anyone else weird that that we are a city that loves to flaunt itâ€™s country heritage and yet we can’t even maintain a country music hall of fame that is only open for two weeks a year?

I mean we are after all the home of the Great Outdoor Show On Earth. And Cowboys is one of the world’s most famous bars and, correct me if Iâ€™m wrong, but donâ€™t we have enough country themed clothing stores to dress three sequels to Brokeback Mountain?

To add further insult to injury we are losing out to Merritt BC, really Merritt BC? This is a town of 7,000 people. I mean sure itâ€™s cool that one time a scene from the first episode of Smallville was once filmed there but these people don’t even have a Safeway, who doesnâ€™t have a Safeway?

But then again maybe this is what Calgarians really want? First it was the century year old houses in the Mission area, then Penny Lane Mall, next it was McNally Robson Bookstore and now the Canadian Country Music Hall of Fame. Why do Calgarians keep shunning what little culture we have in favor of giant sky scrappers and a few bucks. For a city that prides itself on being the â€œanti-Torontoâ€ Iâ€™m going to be honest and say that itâ€™s getting harder and harder to tell the difference.