Prison Break is Executed. What show is next? 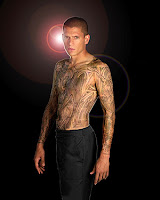 Look, we all know things have been rough lately.

We are obviously in a recession,Â
Needless to say we could all use some good news.
Well FOX was nice enough to announce yesterday that they areÂ cancelingÂ the way-past-it’s-prime Prison Break. Yes, four years after they broke out of the prison, the criminals will FINALLY be going to the big house in the sky!
Of course, the show’s producers were quick to say that they weren’t cancelled but the show had run it’s course. Â It’s kinda like saying you weren’t fired, you were going to quit anyway.
Either way, Prison Break is gone and I couldn’t be happier. Â That means there is one less craptacular show on the airwaves. Â
Which of course got me to thinking about what other shows should be cancelled, whether they shows had “run their course” or not.
LIST TIME!
These shows just have to go:
Shows on notice include: