Price is Right gives away a confusing trip to Edmonton

I think every single person I know has dreamed about being on the Price Is Right. There’s the shouting, the jumping,Â Drew Carey, Plinko, that little swiss guy going up the mountains and the prizes. You can win anything on the Price is Right. Sometimes it’s a blender, sometimes it’s car or a trip around the world, and one time, it was a trip to…Edmonton.

And hey, no offence to Edmonton. I actually like Edmonton. I know people make fun of me, but I love the waterpark still, the River Valley is great, they’ve got some great restaurants, but on a recent episode the show got a little ambitious when they called this Edmonton: 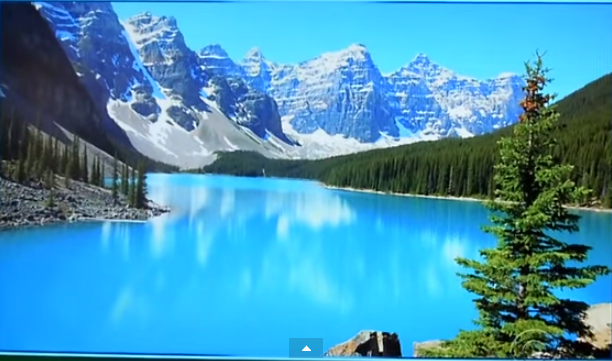 Most Albertans know that this is actually Moraine Lake, which is a five hour drive from Edmonton, and far closer to Calgary. So you can imagine it’s a bit of a stretch.

The prize came with a six night stay at the Fairmont Hotel McDonald, so there’s no way she could realistically drive to “Edmonton” from her hotel and actually enjoy it.

The woman actually wins the prize and what did she do? Well, she skipped Edmonton and decided to go to the mountains instead. In an online comments section about the prize, the winner wrote: â€œI declined the hotel, and opted to tour Banff, Jasper, and Lake Louise in a rented RV. Sure I have to pay for it (except the airfare), but traveling to beautiful places is something my husband and I love (sic),â€

The whole thing is quite silly, because Jasper is closer to Edmonton, but it’s still a three hour drive. And again, I love Edmonton, but seven nights and eight days in one Canadian city, any Canadian city? Â You’d be the mayor by the time you left.

I’m glad the winner got to see Edmonton and see the rest of the Rockies too. Alberta’s too pretty to spend in one place for so long!