>(yes, I know this is one day early, but I wanted to give you a day to catch up on the episodes you’ve missed!) 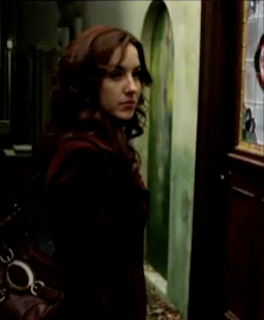 Tuesday night marks an important night in Canadian television, after eleven strong episodes, CBC’s Being Erica ends it second season. It’s important because, the cult-hit still has not been renewed for a third season, so there is a chance that this could very well be the series finale for the little show that could!
Calm down, I have a feeling the show will be back, the negative press CBC would suffer from wouldn’t be worth it. Remember the whole Hockey Night in Canada fiasco? But I’m just trying to prepare you. It will also depend on how the network’s new Winter shows, Kids in the Hall: Death Comes to Town, 18-to-Life and Republic of Doyle, do in the ratings.
But what about Tuesday night’s finale? When comparing episodes of Being Erica, its hard to top last season’s final epside, Leo. With the duel story lines of the time-traveling Erica trying to save her dead brother and the firing of Dr. Tom, series creator Jana Sinyor, left the show’s audience speechless. And I can tell you that this season’s finale is no different.
When the episode shows up in my mailbox a couple of days, I was sworn to secrecy. With CBC’s threat of revealing pictures of me with hair, I can only tell you so much.
Things you should expect:
Then there are the show’s last five minutes. Wow. You guys will love it. I know you will. I can’t help but wonder if the scenes dark tones and colours are foreshadowing of what is to come. If the show does come back, Being Erica will have re-invented itself yet again. In world full of copycats, I truly believe this show is the closest thing to LOST we’ve seen yet. And if for some reason the show doesn’t come back. I think fans will be annoyed with such a big cliffhanger, but hopefully know that Erica, just like the rest of us, will be okay.
The season finale of Being Erica airs on Tuesday night. If you are a casual fan, tonight will be the night to watch. Let’s get those numbers up there!!!
___________________________________
Don’t forget to vote for Mike’s Bloggity Blog for the Canadian Blog Awards!