Poring over every detail of Taylor Swift’s new app…because Taylor...

This post was sponsored by Amex Bank of Canada.Â

When Taylor Swift made her official cross over from country to pop with last monthâ€™s 1989 people were nervous. Was the world ready for an all pop Taylor Swift all the time? Well, when the dust settled and she ended up breaking every sales record in site: the debate was answered. Now, along with the release of her first official pop album, comes the first ever-interactive music video.

Swift partnered in collaboration with American Express and director Joseph Kahn to release for you, her fans, the music video for Blank Space in an interactive format. It is available in a free app (IOS/Android compatible) called the American Express Unstaged: Taylor Swift Experience. And itâ€™s just that, an experience for all of Swiftâ€™s loyal fansâ€¦.of which I am definitely one.

Iâ€™ve played with the app, and I will say, I havenâ€™t felt this way since reading the choose your own adventure books in middle school. The controlâ€¦the need to go back and redo the story because you felt you missed something! 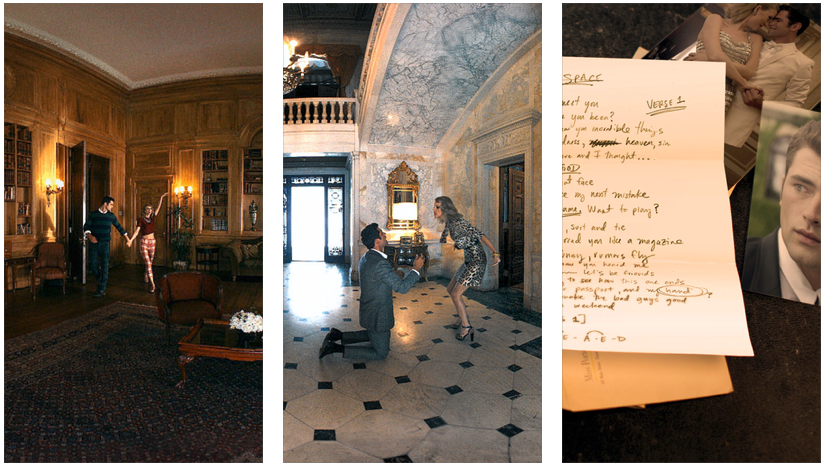 The app allows you to go around the mansion in the music video and look in all of the rooms, see the objects, flip photos over and follow around Swift and her beau, or the other random people in the videoâ€¦all while the song is playing.

Since I love the song, I had no problem playing through the house a dozen or so times. Did you know there were people cleaning up after Swift goes Gone Girl with the flower vase? Well, you will see it if you play with the app.

This kind of reminds me of decades ago when bands started putting extras on their CDs for their fans. I would play around with those things for hoursâ€¦while waiting for my dial up internet to connect me to Netscape. Oh, how times have changed.

Itâ€™s actually surprising that this hasnâ€™t been done before, but leave it to Amex to be on the cutting edge of something in the music industry. For years Amex has been rewarding their customers and fans of music with their programs. Providing access to amazing music is at the core of American Express. They help artists connect to fans in new ways while also increasing their ticket sales.

You can join the fun and download the app here or search for the American Express UNSTAGED: Taylor Swift Experience in your app store to get the goods.

If you want American Express to know how much you loved the video experience, or maybe to give them suggestions as to what video you would like to wander around next, tweet them at @AMEXCanada.

This post was sponsored by Amex Bank of Canada. The views and opinions expressed in this blog, however, are purely my own.