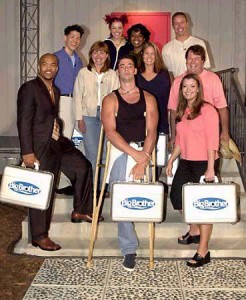 Today, Global announced that in July they will be launching the very un-excidelty named Global Reality Channel. Â Some of the shows that will be aired on the specialty network include: Big Brother, Apprentice UK, Survivor, Project Runway Canada, Fear Factor and X-Weighted. How this station is different than TVtropolis is anyones guess.