Presented in Partnership with Popeyes

For the past couple of months, Calgarians have been getting used to the new kid in town. That “new kid”, is of course, Popeyes, which although the chain is popular around the world, had yet to open a shop here in Calgary. And even though we’re known for our beef, when it came to Popeyes, it seemed Calgarians couldn’t get enough. Because as soon as the first restaurant opened its doors, it’s been busy.

The excitement for Popeyes was definitely something that caught the attention of Operations Director Asad Ahmed. “For an entire month, we had guests lined up outside 17th Ave location before 11am, just to try Popeyes. There was one guest, in particular, she had tried Popeyes 30 years ago when she moved from Toronto to Calgary. Her excitement blew me away when she came to Popeyes as she almost broke down into tears.”

The chain’s first restaurant is located right on 17th Ave SE, and one of the reasons I loved the first location was because I think it’s an area that a lot of Calgarians wouldn’t think to visit top of mind, but thanks to Popeyes, they’re seeing that the area is full of really interesting stores and restaurants, all with international flare. 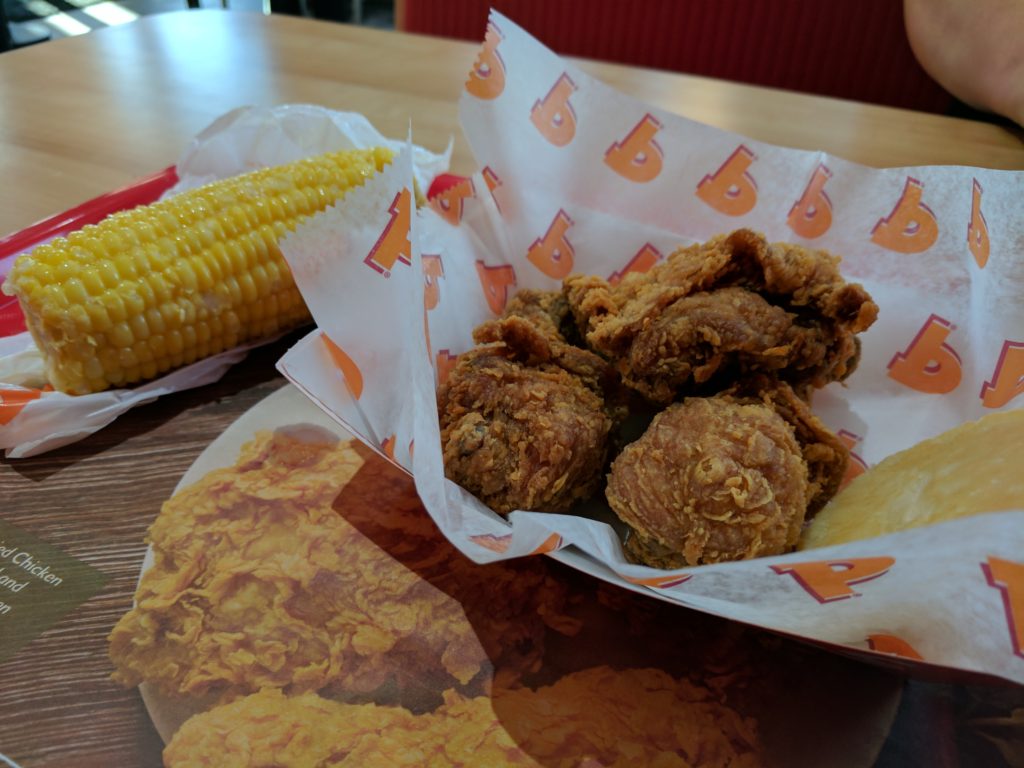 So what’s next for Popeyes here in Calgary? Well, they’ve just opened their second restaurant, this time in Symons Valley, and they have plans to open seven more all across the city, including some more city-centre locations like 17th Ave SW and 16Ave/14st. Plus all this growth has to be good news for the Alberta farms where Popeyes buys their chickens too.

While many people are familiar with the Popeyes brand, if I’m being honest, it was brand new to me, but I’ve been quite a few times since it opened, always trying something new. In my curiousity, I asked Asad, if he was surprised by the menu items Calgarians are choosing, “Obviously, when you open a new brand, people like to try everything on the menu. Our most selling item is our Bonafide Bone-in Chicken, and there is no comparison to our hand battered Tenders. But I am astounded to say that we have sold more of our Cajun Fish in 3 months here than compared to 12 years of business in Toronto.” I thought that it was pretty neat for a city known for its love of beef, the Cajun Fish was the most popular!

Another one of the reasons I really like what Popeyes is doing in Calgary is because they couldn’t have come at a better time. Calgarians need jobs and Popeyes has got them. So far, they’ve generated 140 employment opportunities and estimate that at the end of 2018, they’ll have close to 400 jobs or more. Some of those employees have also been Syrian refugees.

Popeyes has found the successful recipe to do good business in Calgary, and I’m excited to see how the franchise grows in Calgary, while contributing to the community at the same time.