This is the time of year where I write a post about the the recently announced Polaris Prize long list, normally gushing over the nominees and curiously excited about which Canadian artist would win the huge $30,000 prize.Â  See, here’s 2012, 2011 and 2010’s posts.

But this year’s post will be different, mostly because the best Canadian album of the year has been completely snubbed. Now, when I say “best album of the year”, I’m not not trying to be dramatic, like when I say that Degrassi is “the best show on TV.”

But when I say that Serena Ryder‘s Harmony is the best album of the year, I absolutely mean it. Since the very second that I downloaded it on November 27, 2012 the album has been on my iPod’s heavy rotation. I think I’ve gifted Harmony to my entire family, even buying them tickets to her show in Fredericton. After seeing her perform in Chicago a few years ago, I’m excited to get a whole Serena concert in Banff next weekend.)Â  I’m a full on member of the Serena Ryder congregation and now I’m pissed.

Let’s look at the facts:
-Every song on album is fantastic.
–Stompa has been called the “song of the summer” for Serena’s sake!
–Stompa has been viewed more than a million times.
-The single is currently spending its sixth consecutive week at No. 1 on Billboard’s Triple A chart.
–Harmony has gone Gold in Canada.
-Harmony won Adult Alternative Album of the Year at this year’s Junos.

I’m a reasonable enough person to understand that maybe it doesn’t make the Top 5 or Top 10. Mistakes happen, Jennifer Hudson gets eliminated. But for the independent jury of over 200 music journalists, broadcasters and music bloggers from across Canada who determine the Long List and Short List to leave Harmony out of the long list, which features forty albums, for me, calls into question the validity of the entire award.

The Besnard Lakes â€“ Until In Excess, Imperceptible UFO

Zaki Ibrahim â€“ Every Opposite

Whitehorse â€“ The Fate of the World Depends On This Kiss

Admittedly, of the artists I know on the list, I think it’s pretty great. I’m super happy about Tegan and Sara and Lindi Ortega, but it just feels empty without Ryder’s Harmony.

The Short List will be announced on July 16th at The Drake Hotel in Toronto.Â  The Polaris gala will be held on September 23rd at The Carlu in Toronto.

To make me feel better, I’m going to watch some Serena videos. Join me, won’t you? 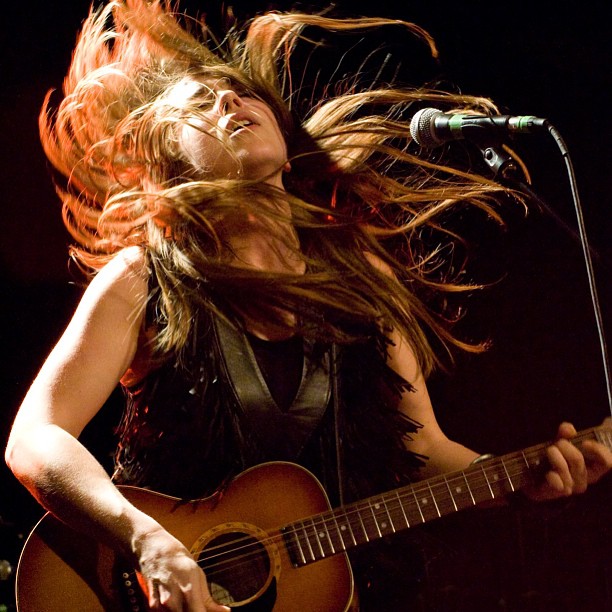