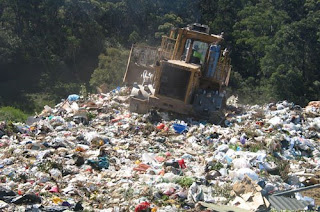 Also available on The Calgary Herald’s The Q.

Finally, a headline we can cheer for.

Here in Calgary, Alderman John Mar has announced that he we will ask his council to begin to look at ways to phase out the plastic bags that litter our landfills, parks, playgrounds and my trunk. Mar says that he will also look at the possibility of implementing a pay per bag charge that many stores like Ikea, The Superstore, The Co-op have already been doing.
As per usual, some Calgarians are up in arms over the idea of being told what to do. Many people will use the excuse that they don’t have the money for the $1 canvas bags (find me a place that sells coffee for a dollar), others argue that the government should simply mind their own business. And while that might true, our society has proven that when it comes to our well being, we don’t always end up making the best decisions on our own, (I’m talking to you non-recyclers).
What is interesting is that people always react poorly when they are being told what to do. Just take a look at the comments that are being posted alongside the Calgary Herald article. 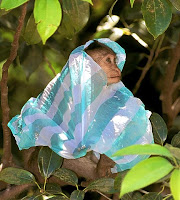 comments. First off, Mar is only trying to help. You know in the way that people buy extremely overpriced SUVs to help their children stay safe? It’s the same as that, only we all benefit from it.

As for the “unsanitary” comment, what exactly are you putting in your bags that can become unsanitary? I think that is more worrisome than having to pay 5 cents for a plastic bag. And as another commenter remarked, why don’t you just “wash the canvas bag”?
Finally, I have been a proud canvas bag user for the past two years, and I’m always amazed how much easier the bags are to carry then when I used plastic bags. Plastic bags rip or tear apart way easier than the canvas ones do. So really, you are doing yourself (and your back) a favor.
And that is really what it comes down to. John Marr is not asking you to change your lifestyle. He is asking you to do one thing that has proven to make a difference for you and everyone around you. Just ask San Francisco, Toronto or dozens of europeans cities.
Sometimes I think that using plastic bags is sort of like smoking. It wasn’t too long ago that society thought that smoking was cool and sophisticated. Then came all the reports, people started dying and we soon realized that we were mistaken. Do people still smoke? Sure. Do people have load of respect for them? Not so much.
We know that plastic is harmful and we now have a simple and cost effective solution to it. Choosing to use plastic instead is just like smoking, stupid.