Saturday was a sunny, beautiful and just a little chilly morning here in Calgary.Â  But I had no right to complain about the cold weather, not when there were over forty guys lined up on 9th avenue for the first ever #nakedespy.Â  The prostate cancer fundraiser saw that the first thirty guys to show up at Espy in their underwear get a $400 wardrobe for free.Â  All they had to do was make a donation to the Prostate Cancer Centre here in the city.

It was the brainchild of Megan Szanik, the store’s owner whose father and father in law have both been effected by the disease.Â Â  Before the doors opened, Calgary’s very own Brett Wilson showed up to support the unique event. A prostate cancer survivor himself, Wilson encouraged all the guys and thanked them individually for helping bring attention to the prostate cancer research.

The final tally raised for the event was more than $3500!!!! Here are some of the pictures from the morning.Â  Such an amazing event that the neighborhood of Inglewood will be talking about for a very long time! 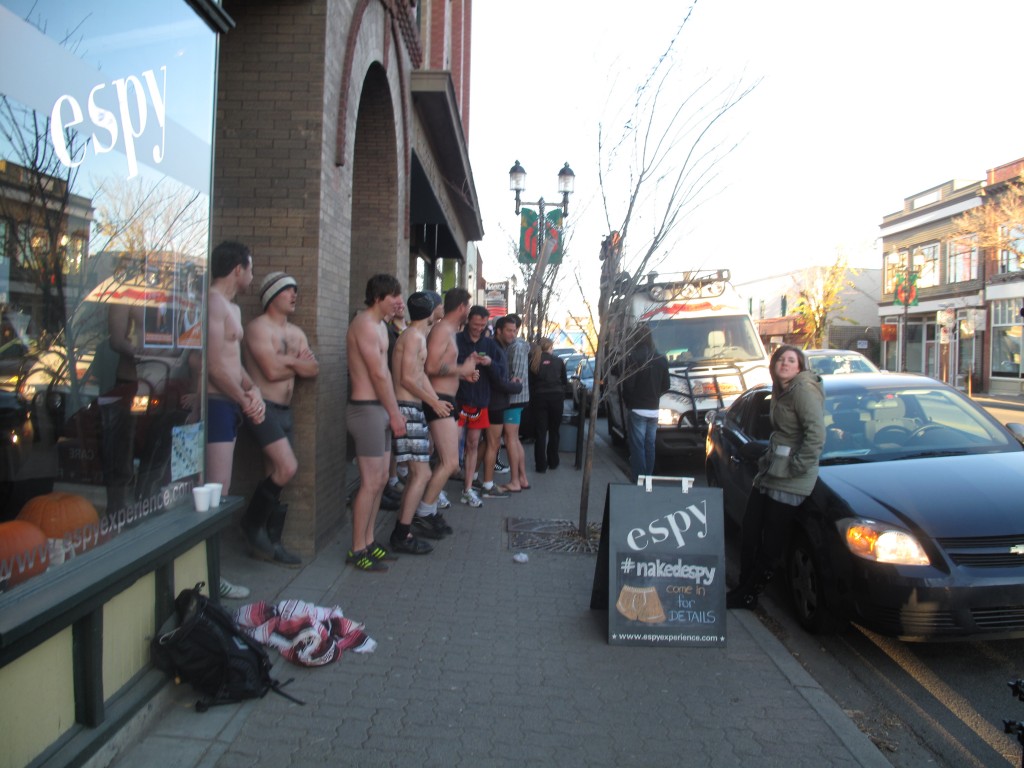 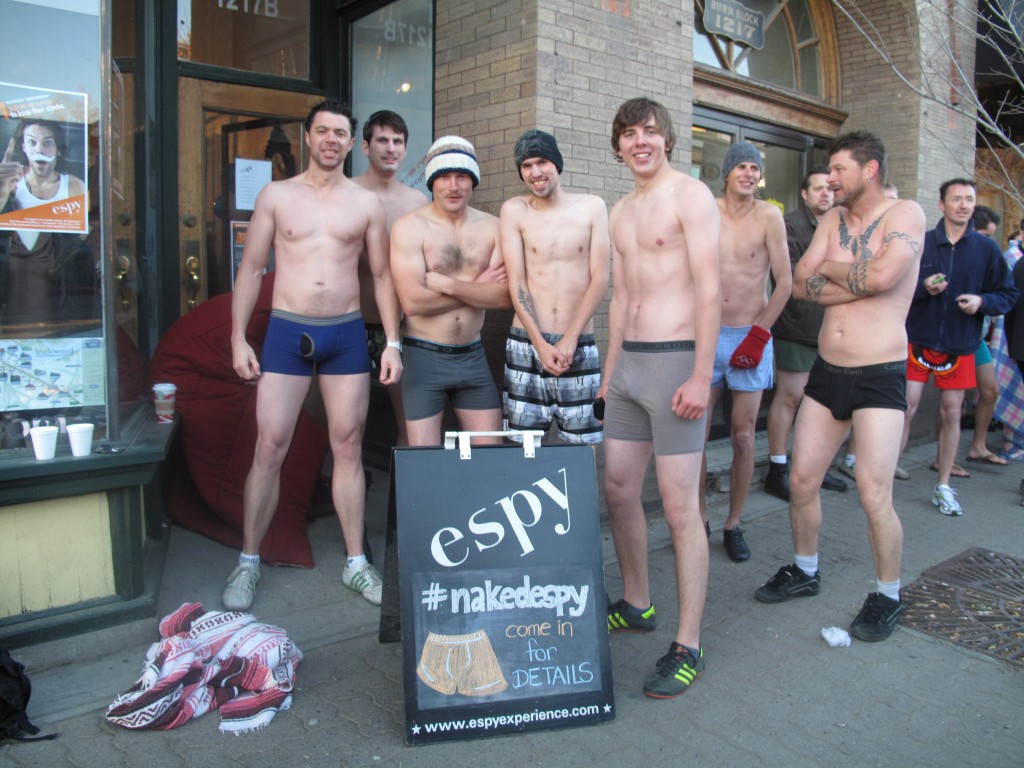 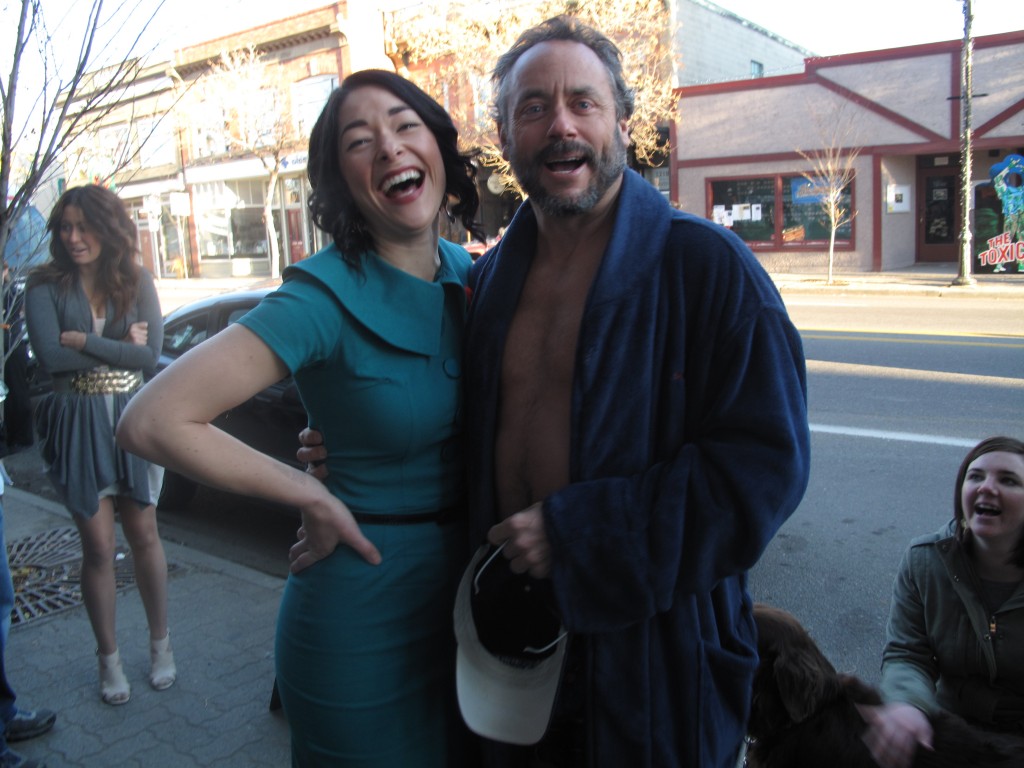 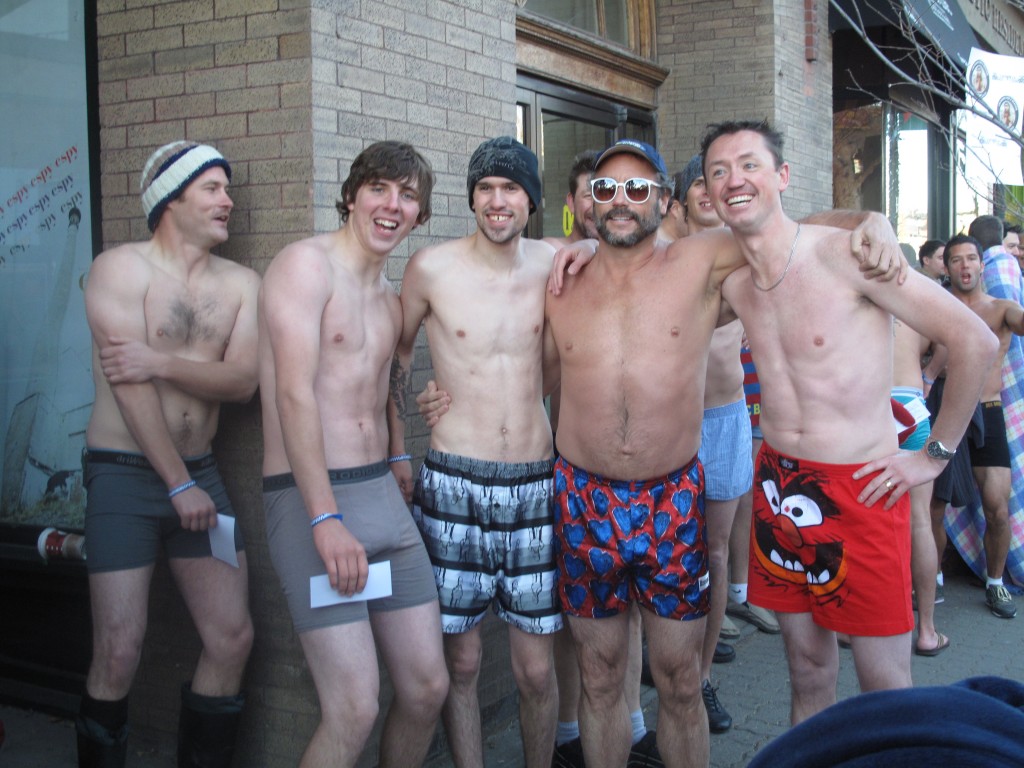 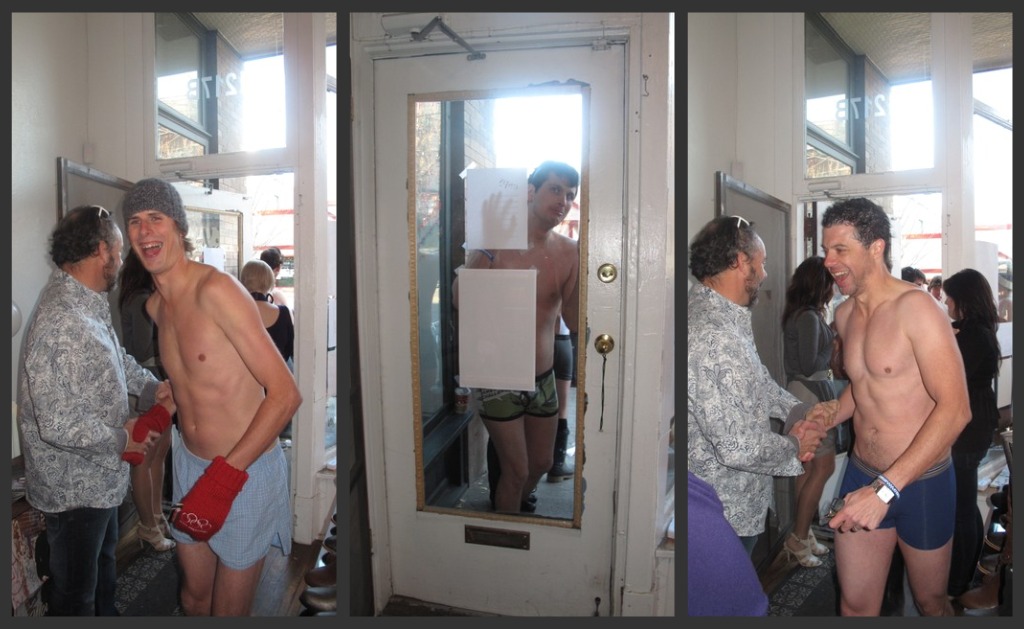 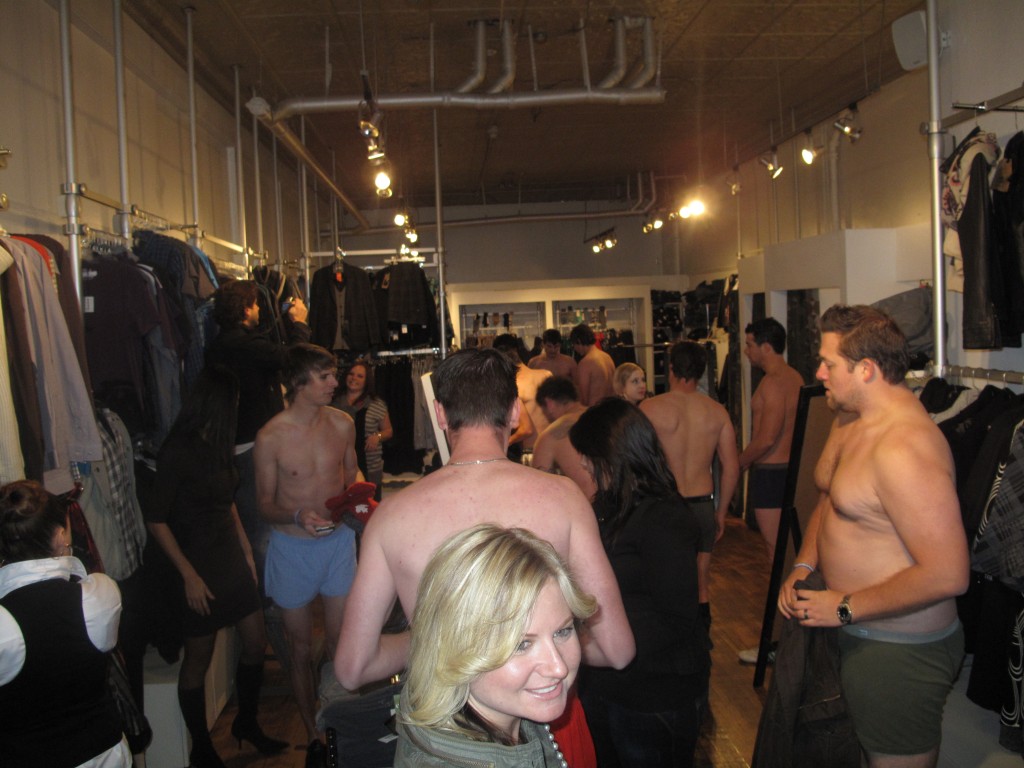