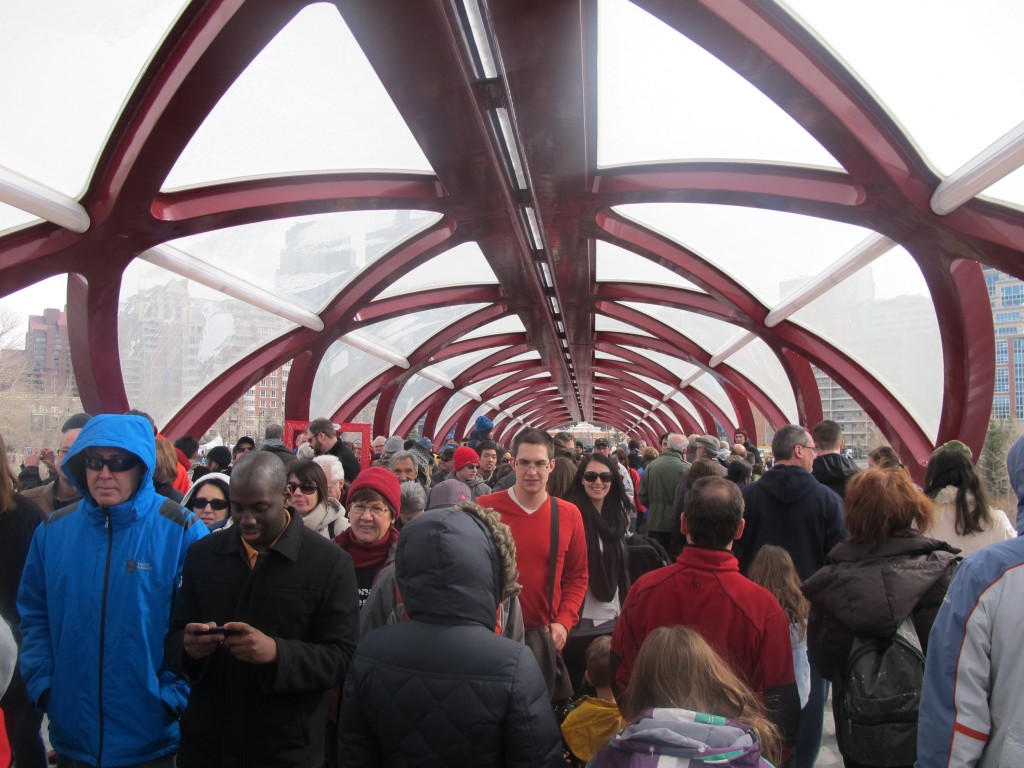 After almost two years of delay, Calgary’s Peace Bridge finally opened today, and I think to everyone’s surprise, thousands of people showed up to celebrate (or criticize) the stunning piece of architecture, that came with a price tag of $25 million.

Designed by Spanish architect Santiago Calatrav, the bridge has been met with a ton of criticism since it was first announced, but all of that was drowned out today by everyone that showed up to see what all the fuss was about.

I, for one, am excited for the bridge and the vibrancy it brings to the downtown core, I’m interested to see how it will play a role in the years to come, especially as the river front continues to be developed.

As for the celebration, like the bridge’s construction, it seemed to be a little chaotic. I think there was a ribbon cutting or a speech, or something like that, no one could really tell since none of it was mic’d or even on a platform, just thousands of people huddled around, looking at something. After a lengthy delay, the bridge finally opened up and people crisscrossed the bridge, exploring it from every angle.

Here are some photos from the opening. 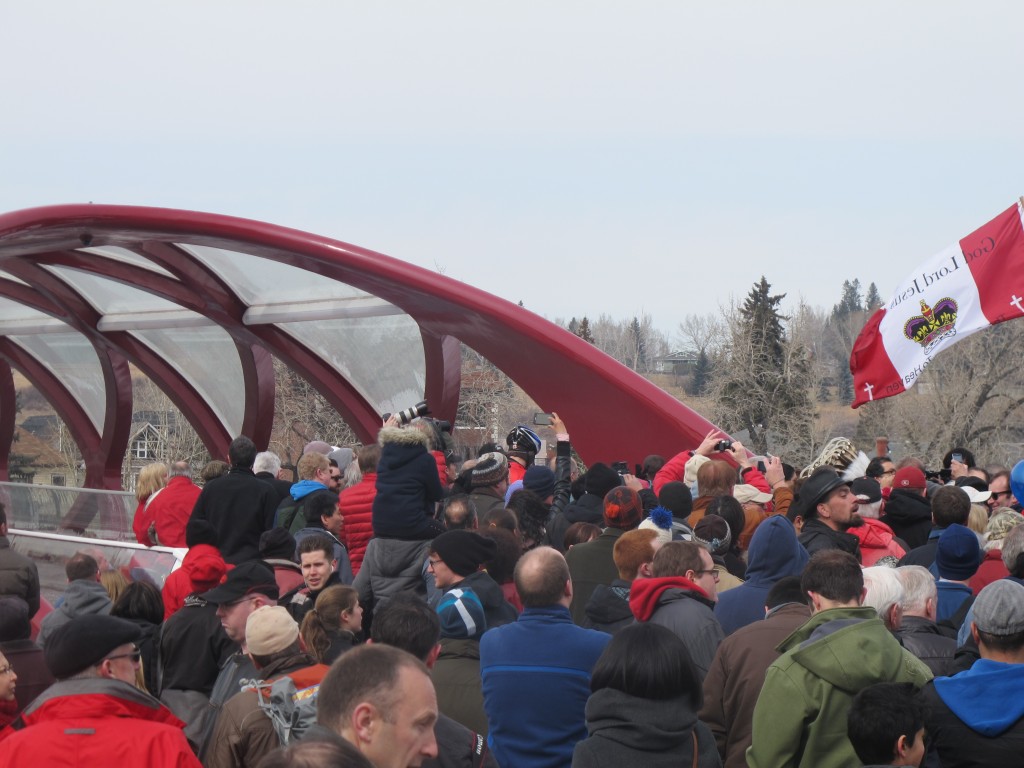 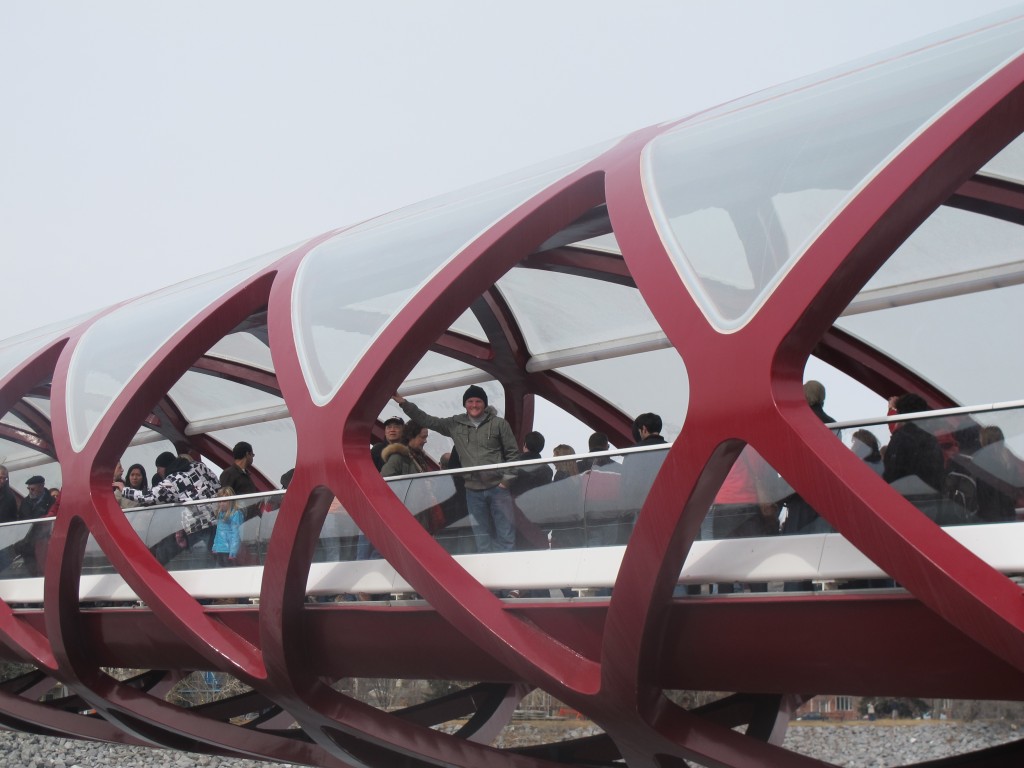 Making my way across the bridge. 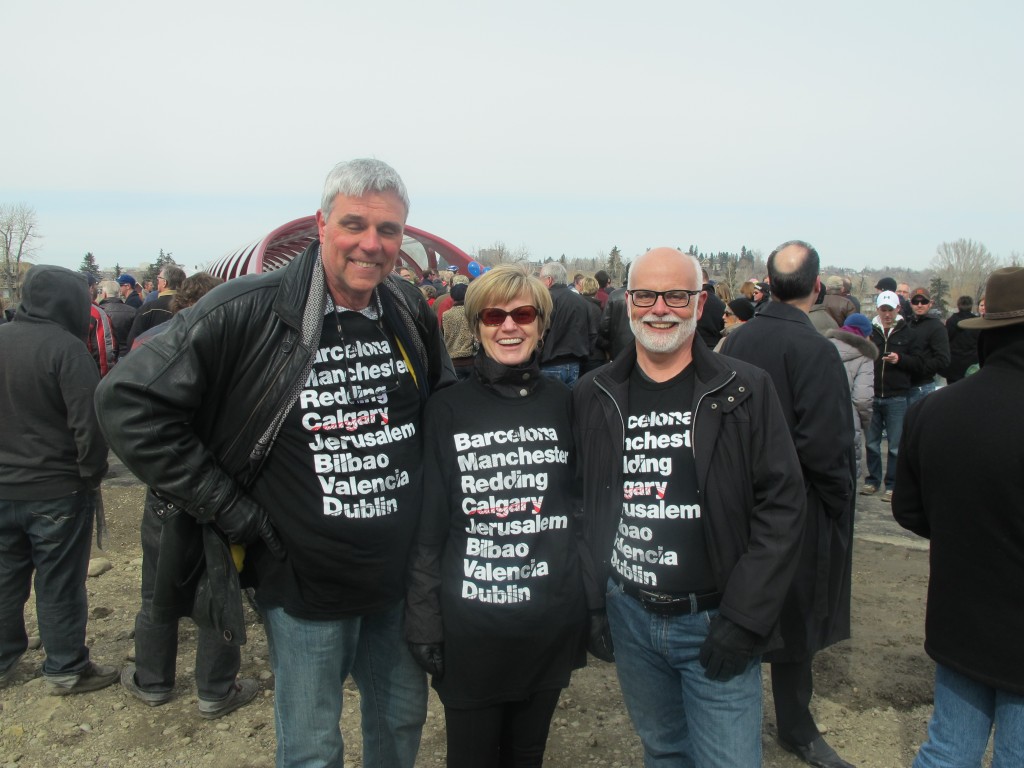 Some cool t-shirts designed to celebrate the opening.Â  Click here to order one. 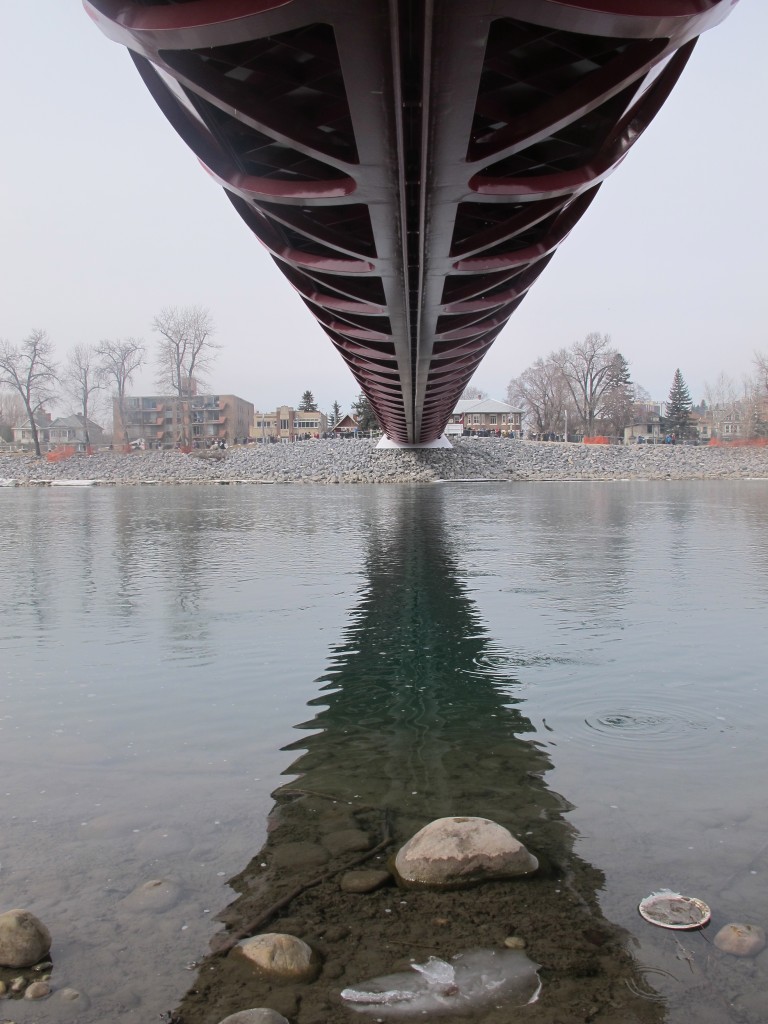 A reflective view from underneath the bridge. 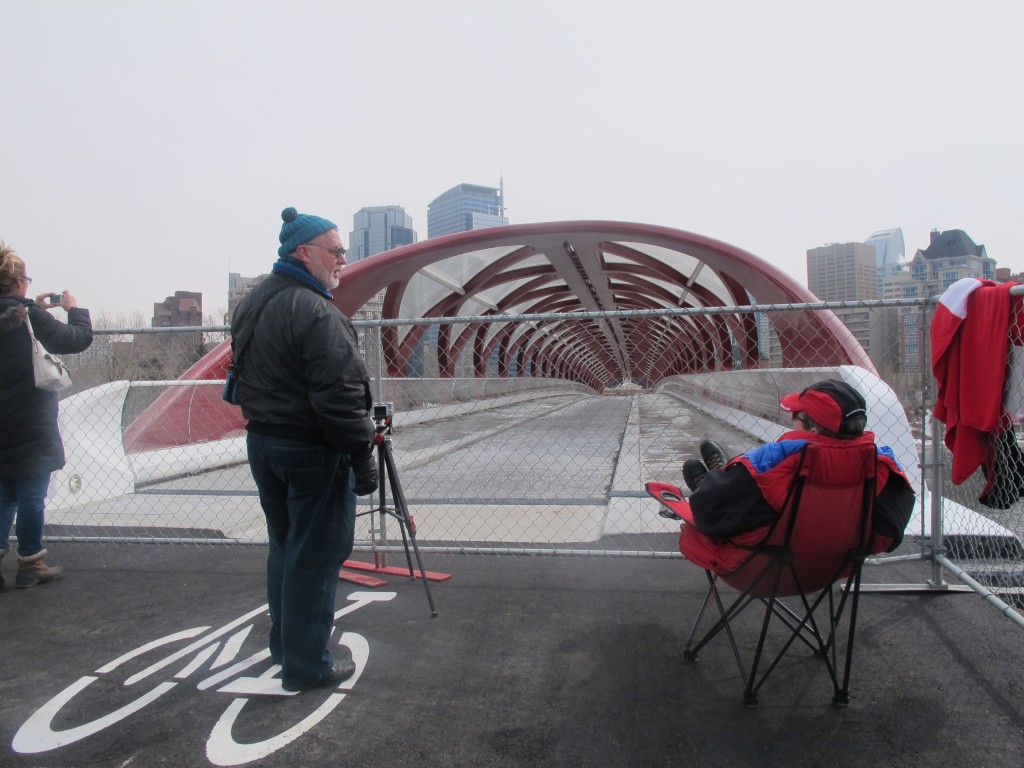 The next morning was particularly foggy and I was able to get this shot usingÂ Instagram. 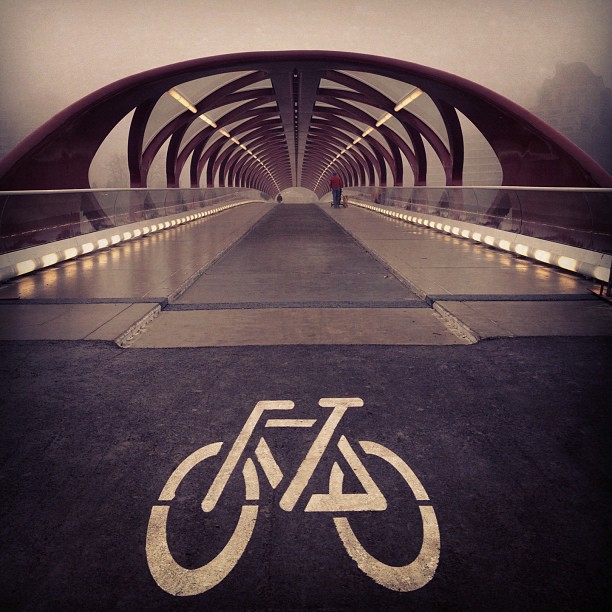