Photos and Thoughts: Coldplay in concert!

When I think of a monumental moment in my life, I’m probably supposed to think about things like graduation, babies and wedding days.Â  Well so far, only one of those has happened and so I become forced to consider other things to make up those moments, which quite frankly, is okay by me. 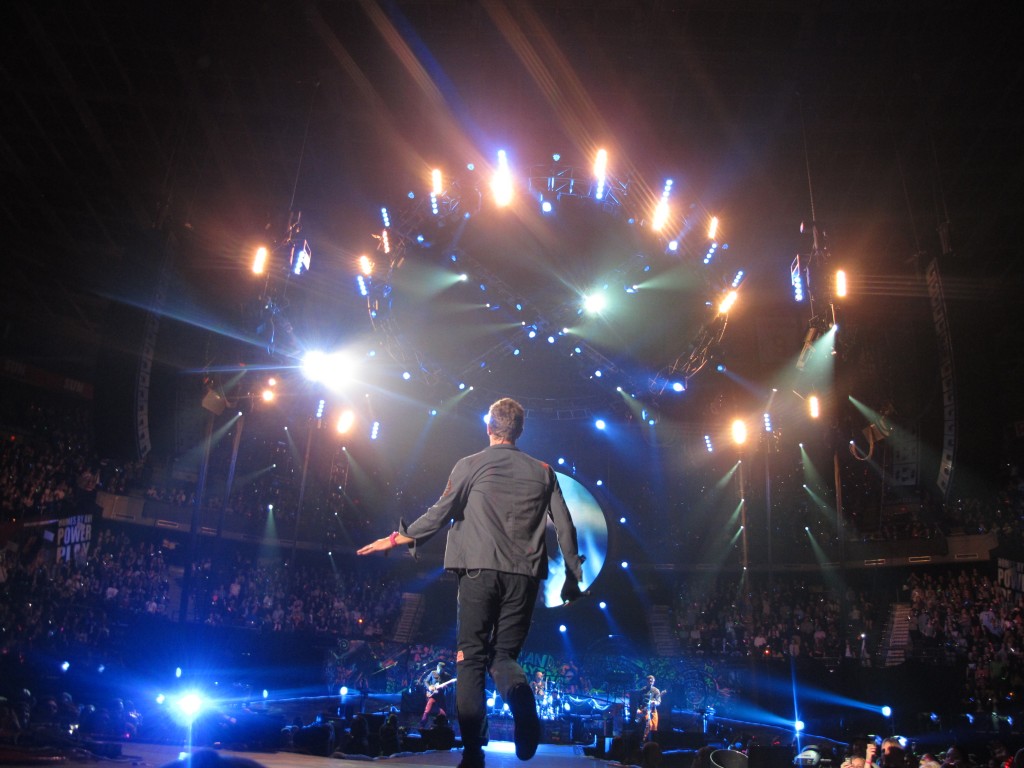 So, because writing is essentially my life, many of my life’s monumental moments have been moments that I could never even picturing happening.Â  Things that still give me chills when I think about them, even if they happened years, months or days ago.Â  In my recent memory, one of those moments saw me standing in the middle of a bullring in Madrid, Spain, lightly falling rain fell in between thousands of paper butterflies descended upon the crowd of 25,000 people. Better yet, the music of a live Coldplay concert was penetrating my ears and I couldn’t be happier.Â  You probably wouldn’t believe me, but at that moment I told myself, “Do not ever forget this, this is perfect.” It was a moment that I thought could never be relived, something that I might tell my hypothetical kids, years after my hypothetical wedding.

Well tonight, it happened again and this time, it was in my city of Calgary. 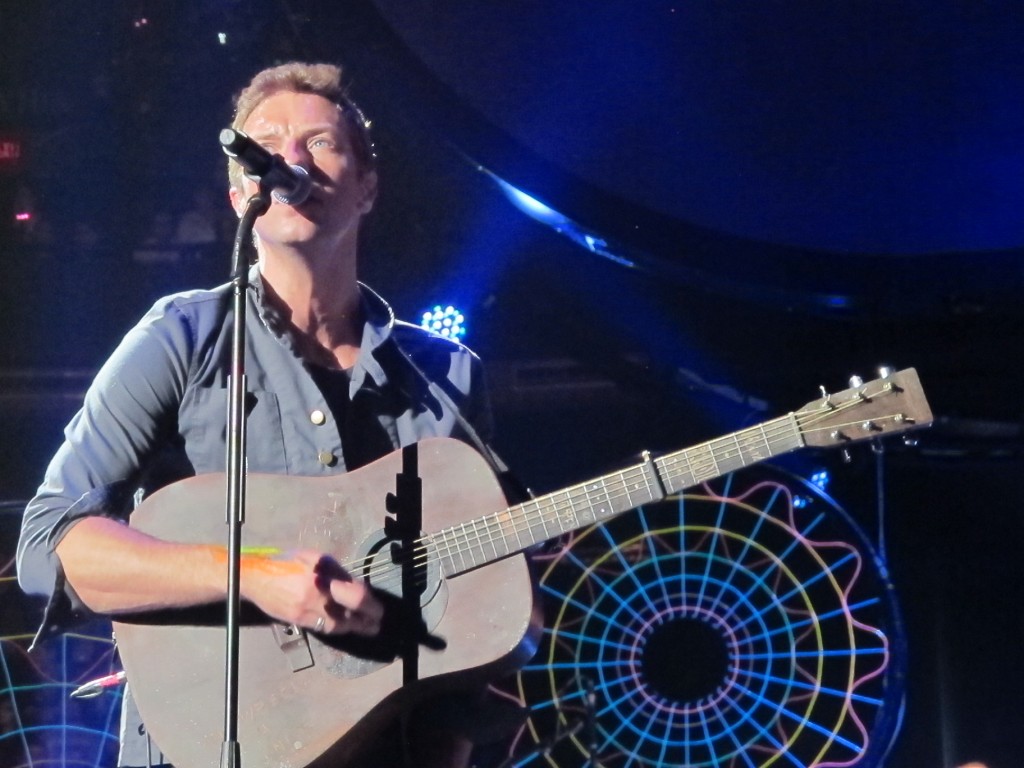 Coldplay, which of course includes Chris Martin, Guy Berryman, Jonny Buckland and Will Champion, rolled into town tonight, which was only the second stop on their North American Mylo Xyloto tour and the minute you walked into the Saddledome, you could tell the audience was stoked.Â  Sure the band has their naysayers, but I’ve never been one of them and even if there were a few of them in the crowed tonight, I guarantee that the they left the stadium a converted person. Do you know what, I’m almost jealous of those who became new fans tonight, because there was probably no better concert experience for them to see the band in all their glory.Â  Coldplay’s presence and sheer force on the stage is undeniable, but long time fans have known that for a while. 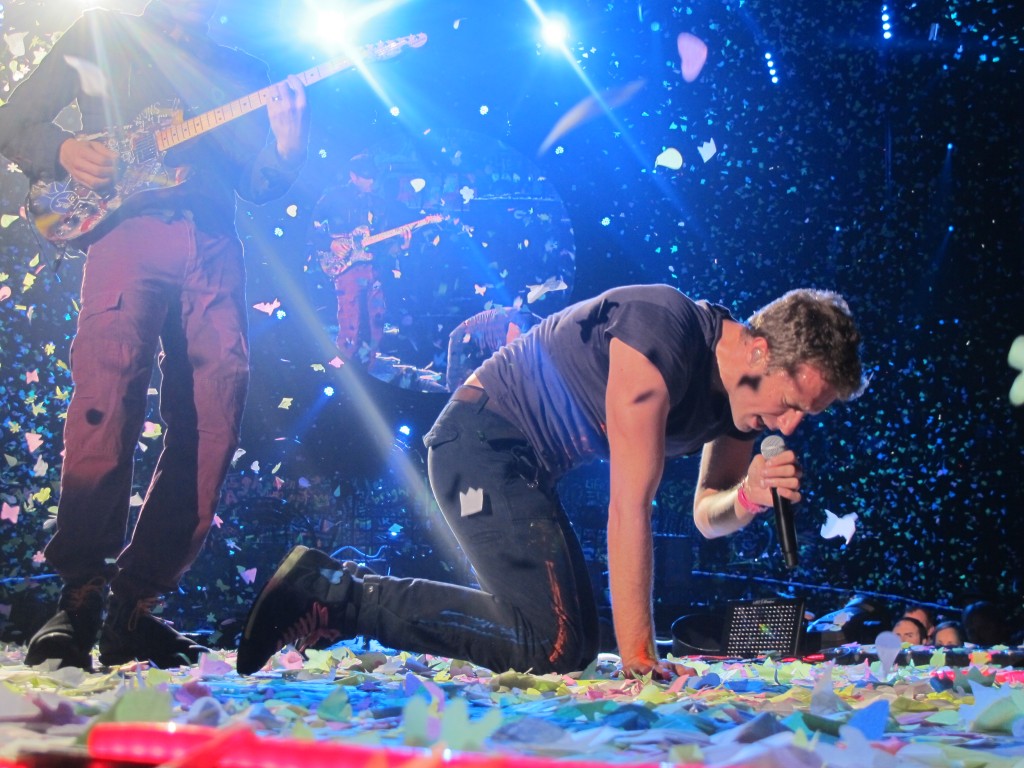 Just like Every Tear Drop is a Waterfall, every minute of the concert was an experience.Â  Starting with the specially programmed wrist bands that light up throughout the show, timed to the beat of the music or the roar of the crowd.Â  At times, the light show it caused was so stunning, it was as if we were in a jar of really brightly coloured fireflys. For some, it was probably one of those moments that I mentioned earlier.Â  The lights and their spectacle were really the fifth member of the band and while the show was doused in lights, it never took away from the concert for a minute. 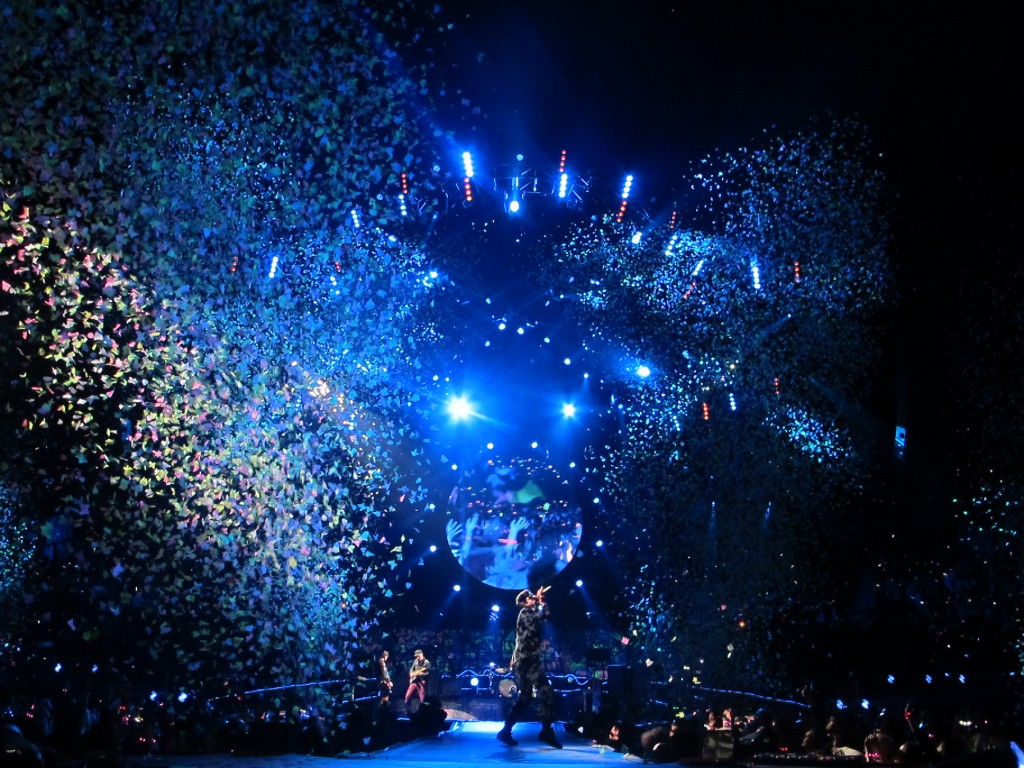 Stripped down on their quieter songs, the band is just as engaging.Â  Their energy is addictive and caused the audience to stand on their feet for the entire concert, if you’ve never been to a Calgary concert, then you don’t know how much of a feat that is. Speaking of feet, Martin and the band put theirs to good work, crisscrossing the stage and even the stadium, no doubt to ensure that even the fans in the nosebleeds felt that they had their own up close and personal experience with Coldplay, something that many bands would never even think to do. 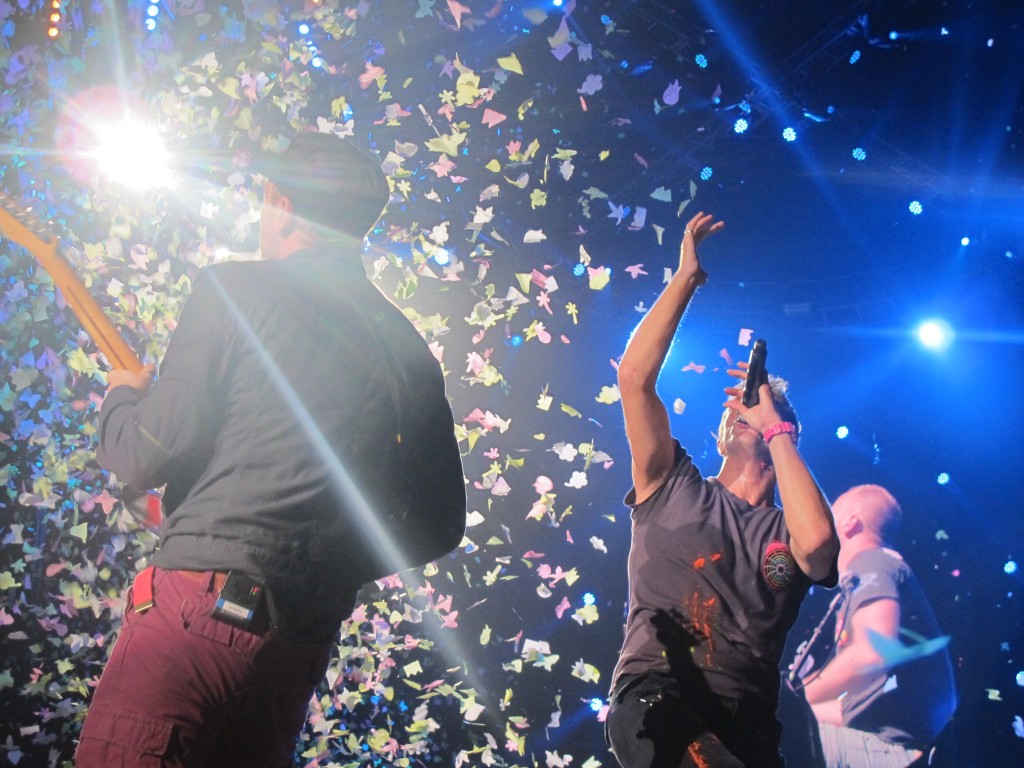 The show itself, didn’t differ that much from a few months ago in Spain, but why would it have too?Â  Whether you’re a new fan of Coldplay, or you’ve made out to your fair share of the band’s rock ballads, this is a must see concert. This is the concert that you will talk about when you share your favourite concert stories, this is the concert that you will compare all other concerts to and the cool thing about this show, is I think Coldplay will remember it just as much as we did.