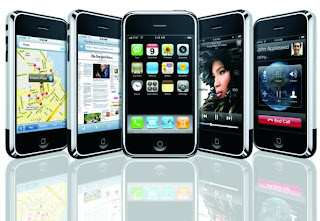 For one post, I’m using my blog for personal griping.

I’ve been a Rogers customer for four years. Â I pay every month and have never been a pain in their side. Â Now I would really like an Iphone. Â But because I already have a contract (which was extended when I got a new phone last year) they are charging me twice what new customers pay.
So my grumpiness, which can only be cured by listening to Garth Brooks and a Big Mac, is caused by my confusion. Â Why do new customers pay significantly less than loyal customers. Â Sure I could be an ass and go yell at some sales clerk. Â But unfortunately I suffer from this condition that causes me to cry when I mean to yell. Â Plus, it’s totally un-cool to yell at people making minimum wage over something they have absolutely no control over.Â
Obviously I get the business behind it, they are in it to make money. Â And Apple fans are rabid for everything they can get their hands on, no matter the cost. Â But some of us aren’t like that. Â Some of us just think it’s aÂ reallyÂ great phone, but don’t want to pay 200% more than new customers. Â While I wish I Â was in the position to pay that much extra, I also wish I had hair. Â And lord knows that ain’t happening.
I guess, I wish, that sometimes it was about a little more than business.
And scene.