If you’ve ever seen a photo of me, you know that I’m not very “fashion forward,” as they say. I mean, I like fashion, but I tend to just take photos of the mannequins at Holt Renfew and then go to the Gap and try to duplicate their look. So when I was invited to designer Paul Hardy‘s celebration of his 10th anniversary fashion show.

I was a little stressed but mostly excited. 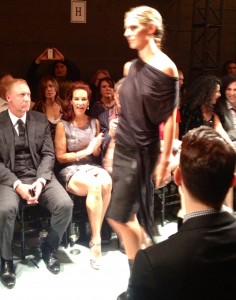 With my only experience with a real fashion show being watching The Hills and the finale of Project Runway, I did my best to fit in. I nodded when everyone else nodded, I clapped when everyone clapped and I tried not to looked shocked when I could see straight through the girls’ tops. Apparently that’s a thing, yet another reason I’m glad I’m not a girl.

If you’ve come here looking for insight about the designs, you’ve come to the wrong blog. I will say that the outfits did look great, I could see a lot of my friends wearing some of Hardy’s designs and judging by the reaction of the people who did know fashion, it looked like they liked what they were seeing.But it wasn’t just about the fashion, the show was masterfully accented with some amazing live performances by Paul Brandt, Greg Sczebel and the CPO. Sczebel was definitely one of my favourite new voices that I’ve heard in a long time, so look forward to me writing more about him in the near future. I also loved Brandt’s performance during the show because it was what I like to call “Dark Paul.” Known for being the good boy of Canadian country, it sorta felt like a whole new performance last night as his voice reached a deep and low register that was beyond awesome to hear live.

The party was packed with lots of cool Calgarians and some really fantastic out of towners. Some of my favourite bloggers from Toronto were flown in for the event including Casie Stewart and Lisa Ng from Hip Urban Girl. W. Brett Wilson was accompanied by none other than Mary Zilba from Real Housewives of Vancouver, music manager and former Canadian Idol judge Jake Gold and a ton of Canadian fashion elite were there too.

Congrats to Paul Hardy Designs for 10 years in the business. It’s so great to have such a fashion superstar live right here in Calgary!

From The Real Housewives of Vancouver Mary Zilba.

This is My Life’s Casie Stewart. 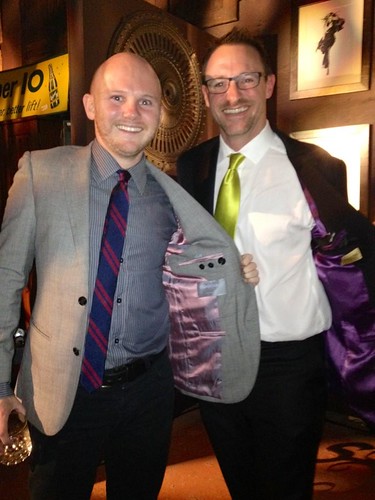 CADA’s Terry Rock and I prove that when it comes to Indochino suits, great minds think alike.