Pages Checks Out of Tour! 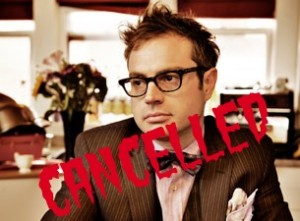 Gosh!Â  You get busted for cocaine one time and it’s like you can’t ever catch a break again!

Steven Page just announced that he will be canceling his Canadian tour with little to no explanation. Although I’m guessing the fact that his show in Regina last week to a total of 400 fans has something to do with it.

The former Barenaked Lady posted on his website:
“Steven will instead be touring the country in February 2011, with details to follow early next week.”

It’s never a good sign when you start posting in the third person.
If you have tickets, they’ll be refunded.