Out sick: What to watch!

Alright I have to let you in on a little secret.Â  For the past ten days or so I’ve been fighting bronchitis.Â  I’ll save you the visual imagery but let’s just say that I’ve asked several people to play, “What colour will come out of my lungs next?” and no one has been willing to play. If you’ve never had bronchitis before, it essentially is the worst thing in the world; you feel great except that anytime you move you start coughing and you essentially can’t stop.Â  It sucks. Â  Needless to say, I’ve spent many an hour wasting away on my couch over the past week.

The plus side of bronchitis is that you get a ton of time to catch up on the movies that have been piling up on your entertainment centre.Â Â  So before my next dose of codeine kicks in, I thought I’d give you a run down on what I’ve been watching. 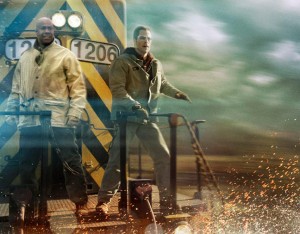 Unstoppable (on DVD today!)
I’m one of the few people in the world that doesn’t make it a point to see Denzel Washington movies.Â  Nothing against him personally, his movies just seem to never really be on my radar.Â  I was excited to watch Unstoppable because the story of a speeding runaway train felt like the proper Speed sequel we were all robbed of.Â  The movie was as exciting as its trailer eluded too, which was a relief.Â  I can’t talk about the movie too much without spoiling it, but I’m generally turned off by mindless action movies and this flick really turned me on.Â  Wait…that sounded bad. 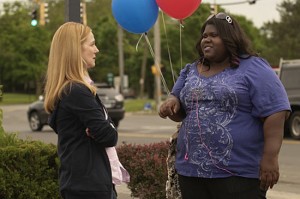 The Big C (on Netflix)
One of my favourite things about Netflix is the streaming services’ selection ofÂ  full season TV shows. The Big C was definitely a must watch for me and in a matter of days I devoured the entire season of Laura Linney’s Golden Globe nominated show.Â  Seriously, can Linney do no wrong?Â  In my eyes, she’s perfect.Â  The show tells the story of a woman diagnosed with terminal cancer who decides to live her life to the fullest and not tell her family.Â Â  In what could be a depressing thirteen episodes turns out to be a funny, heart-warming and ulitmately timely show about modern North America fighting cancer.Â Â  I couldn’t recommend this show more. 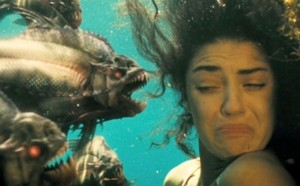 Piranha (on DVD now!)
Okay, please don’t judge me for this movie selection.Â  After spending three straight days on my couch, I wanted to watch something that would hopefully scare me off of it.Â  If I’m being honest, I was actually shocked by how much I enjoyed the movie.Â  So much so that I questioned my ability to look at movies with any sort of criticism, luckily I went to Rotten Tomatoes and saw that the movie had a solid 77% rating.Â  I’m glad I wasn’t alone.Â  Be warned, this movie is more thrilling than scary and there is a LOT of gore and blood.Â  Like a LOT.Â  Even I had to fast forward through some scenes, just because I was nervous about my stomach.Â  I will definitely be adding this to my list of scary movies to watch when I’m in a bad mood.Â  Sometimes movies are meant to be fun, Piranha was definitely fun!