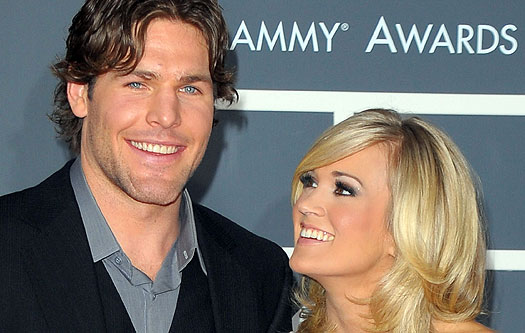 Let’s be honest, you’re not reading Mike’s Bloggity Blog because you want to read some intense and in-depth sports news coverage.Â  So I’m not going to try and weigh-in on the story of Mike Fisher from the Ottawa Senators getting traded to the Nashville Predators, presumably to be closer to his new wife, Carrie Underwood.

But I will say that so far, Ottawa fans reactions have been pretty hilarious. Take for example radio station The New 1053 Kiss FM, which has already declared that they are banning all Carrie Underwood music! They told CTV that they thought the move was a “a betrayal to our community”.Â  The station’s website now states that they “promise to never play Carrie Underwood music again!”

Amazing.Â  This is a perfect example of why I don’t get involved in sports, too much drama and whining.Â  Now is it time for Grey’s Anatomy yet?