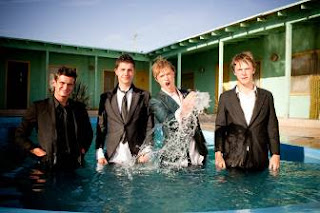 Who knew Oprah was so cool?

On Wednesday she had the entire cast of Glee and today she’ll feature the four guys from MTV’s The Buried Life!

The Canadian boys from the MTVâ€™s hit series will be on today talking about the success of the series, the buzz it has created across the globe, and reveal a few surprises with Oprah they have been keeping under lock and key.

I’ve always been annoyed with The Buried Life because it a show that we’ve all thought about a million times but never followed through on. Probably because it would scare most of us shitless. You should understand that when I say “annoyed”, I actually mean crushingly jealous.

Either way, congrats to Dave, Ben, Duncan & Jonnie to being on Oprah. I guess that is pretty cool. Jealous and exuberant sigh.