Only in Canmore: Special concert to take place 100 feet...

Alberta is home to many impressive concert venues: The Jack Singer, The National Music Centre, Bella Concert HallÂ and the Francis Winspear Centre for Music. And now, it can add one more to it’s growing list: Rat’s Nest Cave.

Next week, Canmore Cave Tours is hosting a concert like no other, when it invites adventure seeking concertgoers to come to their concert 100 feet underground! Â So Cool.

Into the Woods: Concert in the Cave â€“ A Musical Collaboration, won’t feature a stage set-up or lighting equipment, but it will feature a concert like never before. 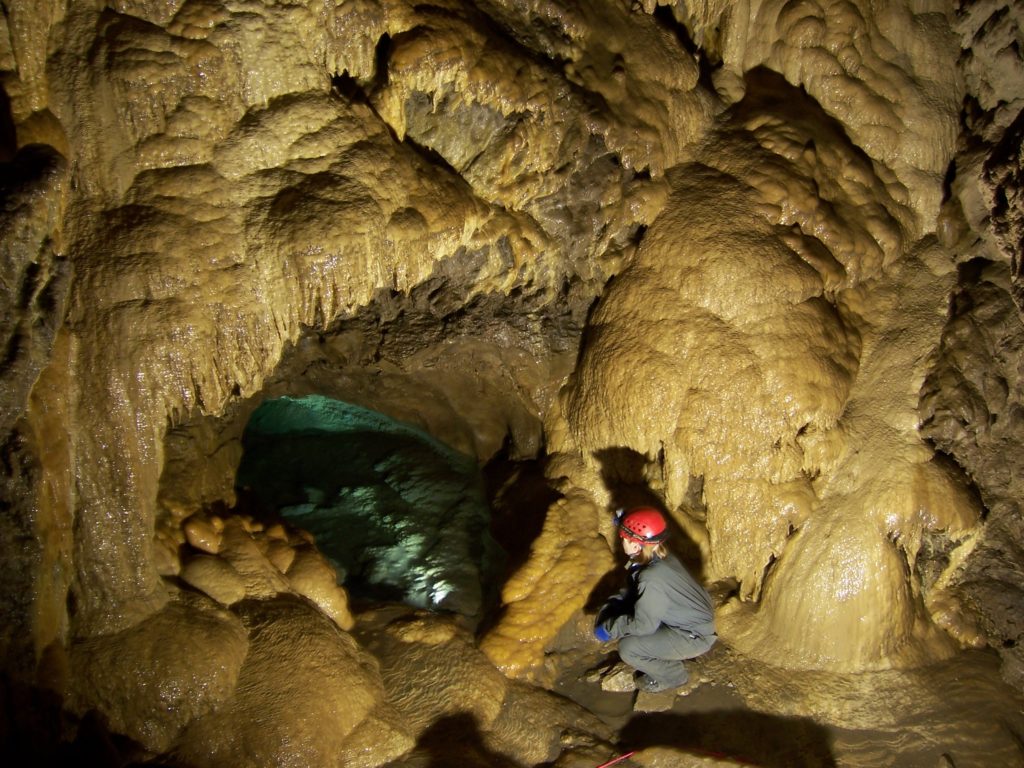 Folk songstress Raine Hamilton, alongside accomplished musicians Brett Nelson and cellist Jeff Faragher, invite folk and classical music enthusiasts with an appreciation for live acoustic melodies, to join them and only twenty-three others to enjoy a one-hour musical performance, entitled â€˜Into the Woods: Concert in the Caveâ€™. The live set will be played within the â€˜Grand Galleryâ€™, an impressive, expansive room of the cave, presenting a naturally-formed â€˜stage areaâ€™. If for no other reason, you should go just to see how they get a cello 10-stories down into a cave.

I’ve actually explored the Rat’s Nest Caves before, it was so thrilling. I can only imagine how beautiful it would to hear music echo through the cave’s chambers. This concert is especially impressive given that it’s not a straight shoot down. To get to it, concertgoers will have to wear overalls, harnesses and hardhats and make their way through caveâ€™s naturally-shaped tunnels and rooms; crawling and shuffling their way to the Grand Gallery.

A small number of tickets are still available for the one-night-only performance, priced at $155 each, inclusive of the Explorer Tour caving experience and the full musical performance â€“ seeÂ www.canmorecavetours.comÂ for full details and to purchase. Guests should expect a moderate level of exercise throughout the tour and need to be dressed accordingly.Â  Canmore Cave Tours Guides will safely escort all guests in and out of the cave (total of 6 hours, from 5pm-11pm, with approx. 3 hours underground).Â  Open to children over 10 years.Â Â

If you’re looking for an concert experience that you’ll talk about for the rest of your life, I think this just might be it!