One Night in Banff….with Metric 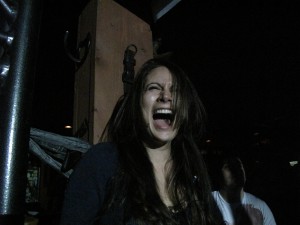 Donâ€™t you love the days when you wake up and then twelve hours later, you are doing something completely random that you could have never anticipated? Well, that happened to me this weekend. My friend Michelle was visiting from San Francisco and I wanted to show her the mountains. We naturally decided on the spectacular Banff Springs Hotel and went up expecting a pretty quiet night.

As luck would have it, it was also X929â€™s One Weekend Only in Banff, which saw contest winners get treated to a two night concert extravaganza featuring Metric and MSTRKRFT. Michelle is a huge Metric fan and when I realized we would be in Banff the same night as the band, I sent over a friendly tweet to X929, joking about sneaking in. Admittedly, I was being passive-aggressive, hoping to be added to the guest list. They acknowledged the message but I didnâ€™t get an invite. It was asking Laura Peterson to the prom all over again. I wasnâ€™t too discouraged because I had some friends on â€œthe insideâ€ at the station and asked if they could help out, but apparently the guest list was tighter than I anticipated and was denied, like the time I applied to the Carlton journalism program. 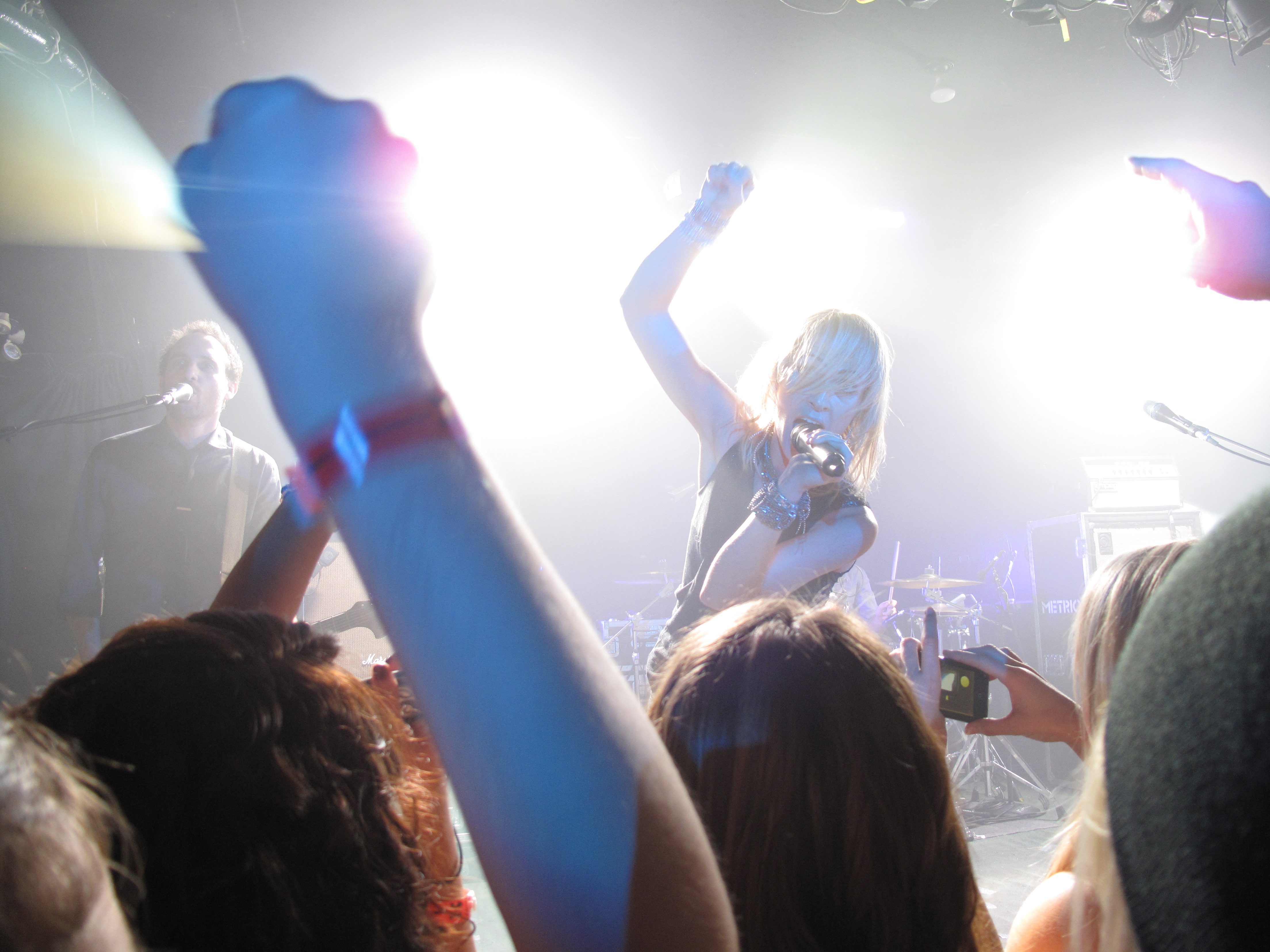 We gave up hope of getting to see Metric in Banff and went to dinner instead. We walked into Costelloâ€™s and couldnâ€™t belief who we saw when we walked in. The band was eating in our tiny restaurant of only twelve tables. Besides the huge coincidence, our meeting at the restaurant proved what Iâ€™ve always known, that Emily and I have similar tastes when it comes to fine food. On our way to our table, I stopped to say hello and indicate mine and Michelleâ€™s â€œhuge fan-nessâ€. The conversation was quick but they were very nice and we went on our way. Thinking nothing of it, we both thought, â€œWell at least we got to see them.â€ Well wouldnâ€™t you know it, a few minutes later the waiter walked over and told us that the band wanted to add us to their Guest List for their show! We were beyond excited and devoured our meals.

Within the hour, Michelle and I were screaming, jumping and dancing to the band that always puts on AMAZING shows. I fielded lots of questions from X929 staff how about I was able to get into the venue. Admittedly, my answers varied from, â€œIâ€™m bloggity, thatâ€™s howâ€ to â€œweâ€™re friends with the band.â€ In the end, I know it was because even though Metric is one of Canadaâ€™s biggest exports, they havenâ€™t forgotten whatâ€™s really important: people who know really good food.

All photos and video by Michelle AC Photo

banff, metric, one weekend only