On set: Live! with Kelly in Banff. 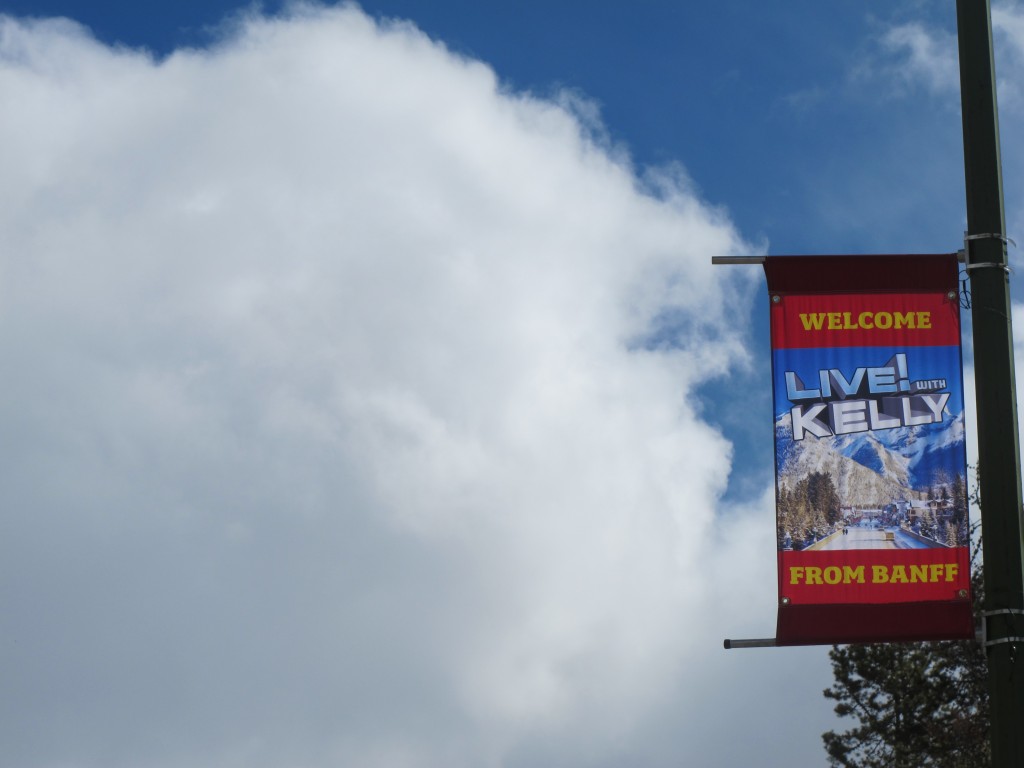 A few weeks ago, when it was announced that Kelly Ripa would be coming to Alberta to shoot four episodes of her tv program Live! with Kelly, I knew that it was something that I had to go see in person and today, I got to spend the day watching Kelly woe and wow the crowd, and even though I was impressed with her before, I’m completely in awe of her and her talents now.Â  When the show was about to start and Kelly and her husband were escorted in by the Royal Mounted Police, it literally sent shivers down my spine.Â  I felt proud to be an Albertan and Canadian, and to have both so prominently displayed on a world class show.

Here’s the lowdown on the first day of Live! with Kelly in Banff… 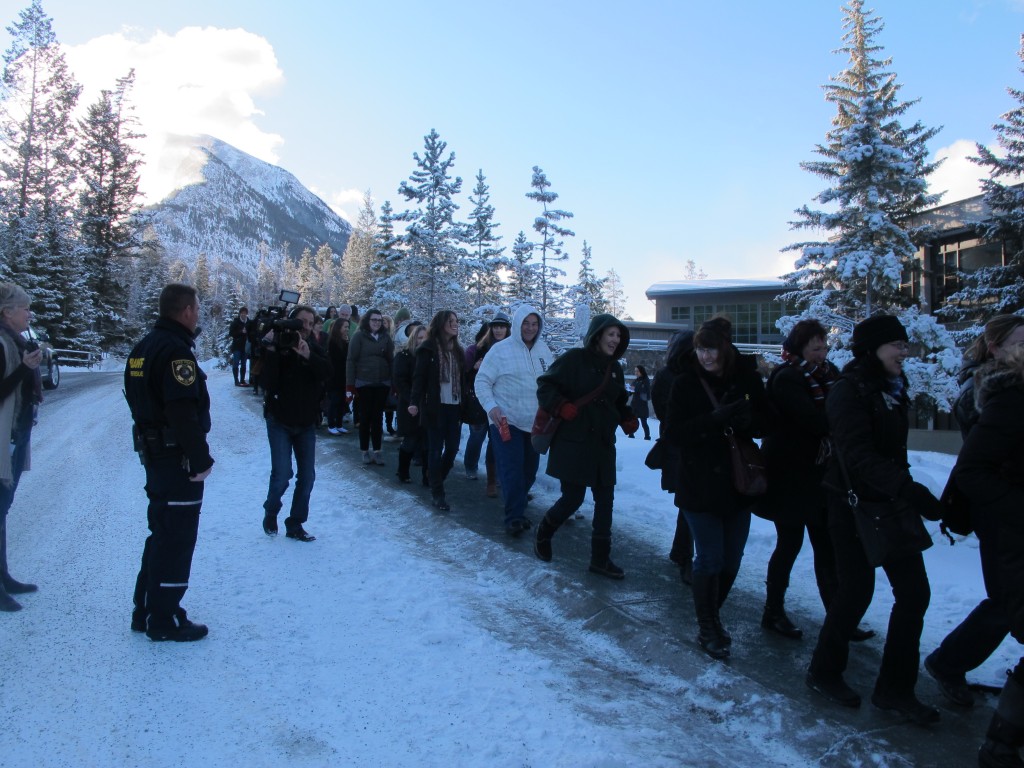 Contrary to the show’s name, sometime Live! is actually Live! (to tape). Meaning they tape the show as if it’s live, but instead will air throughout next week. Such was the case for the Banff episodes which saw two episodes shot on Sunday and two more to be taped tomorrow.Â  Tickets for the show were in hot demand, with something like 3000 people entering the ticket lottery for each of the tapings, that only fit 900 people.Â  Those who weren’t lucky enough to get tickets, took a chance on the standby line and easily ended up getting in.Â  So many people ended up not showing up, that the producers decided to let the audience for the later showing, come to the earlier taping.Â  For the first two shows, anyone that got showed up, got a seat to see Kelly and her celebrity guests.Â  In fact, I heard from some Calgarians who made the drive up to Banff last minute and got great seats. 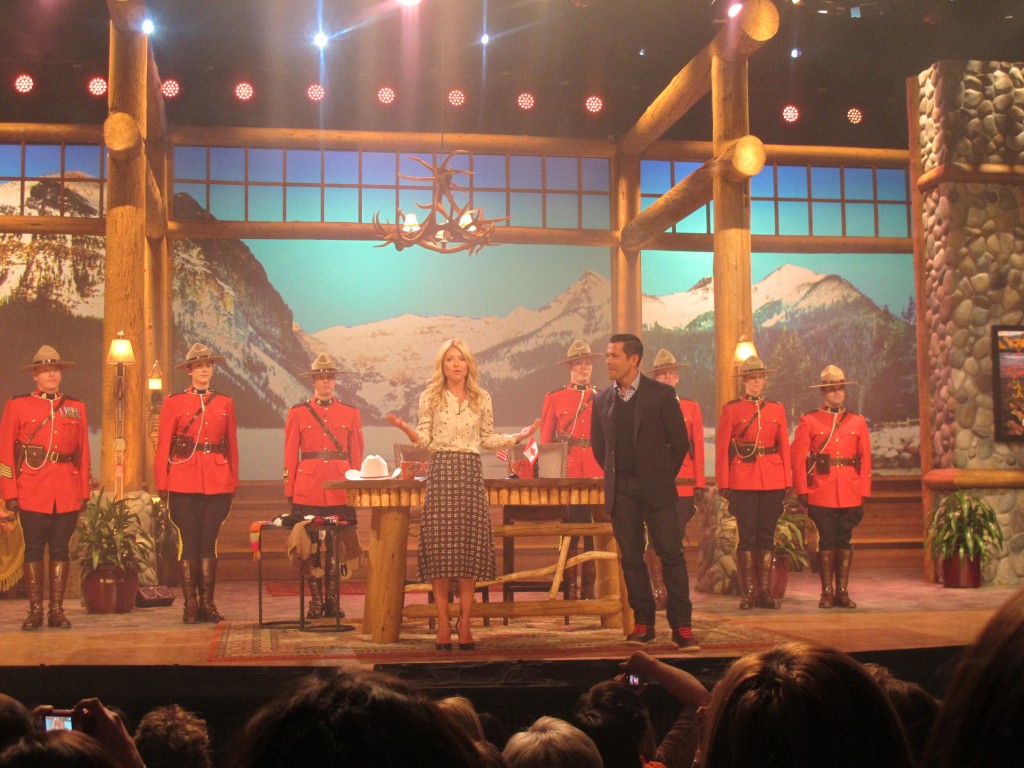 The set for the show is stunning, especially considering that it is just temporary.Â  It looks like a luxurious, yet rustic cabin complete with beautiful leather furniture and elk antler chandlers, that the production team from in the basement of the Fairmont Lake Louise.Â Â  Throughout the different segments, it was so cool to see how quickly the host’s table could disappear and make way for a big band like Far East Movement. Not to be cheesy, but it really felt like we were in Kelly’s cabin, Kelly’s very, very nice cabin.

Guests for the tapings included American Reunion’s Jason Biggs, Glee’s Jayma Mays, Canadian comedian Caroline Rhea, musicians Far East Movement and the latest American Idol castoff Heejun Han, who sounded amazing live. I’m not watching this season, but his competition must be tough, if he got cut so quickly. 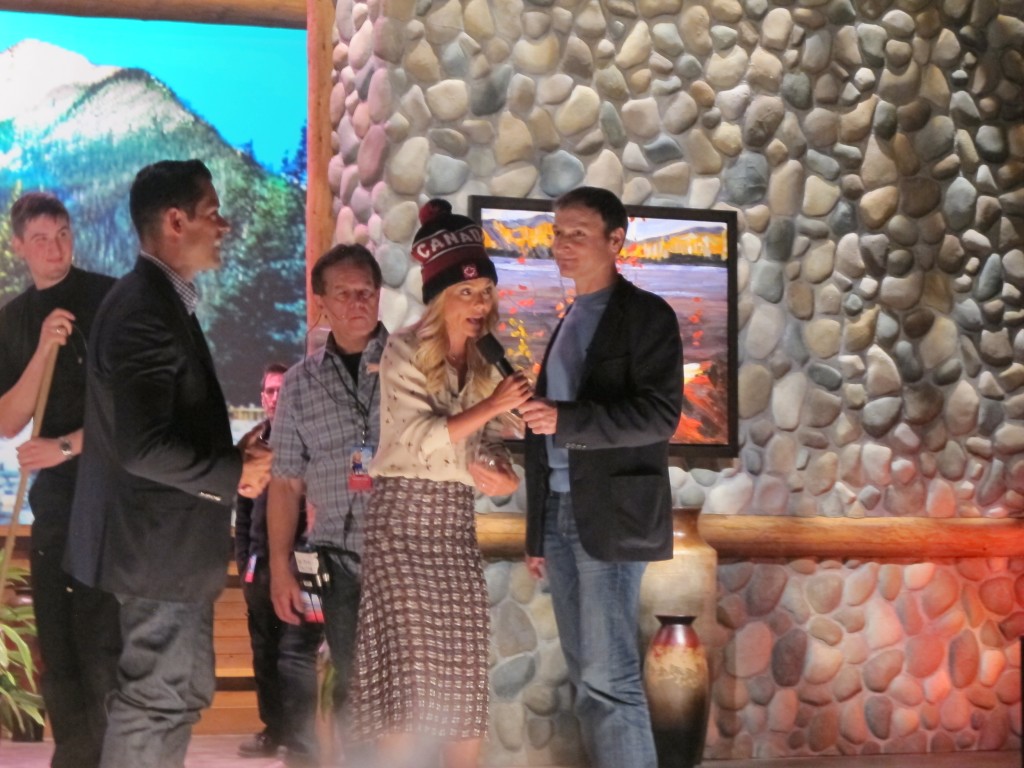 Since Regis left, Kelly has been on the search for her next co-host, her husband Mark Consuelos and The Bachelor’s Chris Harrison filled in for the first two shows in Banff. But truthfully, I don’t know if she even needs a co-host. Left to her own devices, Kelly is just as funny as she seems on TV.Â  Her wit is fast, she always looks beautiful, her audience interactions are perfect, in fact, many times during the two tapings, I couldn’t help but think that she could probably do stand up comedy and be quiet successful.Â  I was honestly surprised how natural and sincere Kelly was throughout the long day of taping.Â  Especially when you consider that many musicians never even interact with the audience during their three hour long concerts, any chance Kelly got, she was talking to the audience, sharing stories of being a mom on vacation and proving why she’s more than capable to handle a big show all by herself.Â  One of the highlights was, after having her first taste of poutine, Kelly practically stopped the show to search for more of the Canadian delicacy, and apparently stopped at restaurant the way home, just so she could have more.Â  You wouldn’t expect a big celeb to get so excited about poutine, but I have a feeling that she isn’t like most celebs. 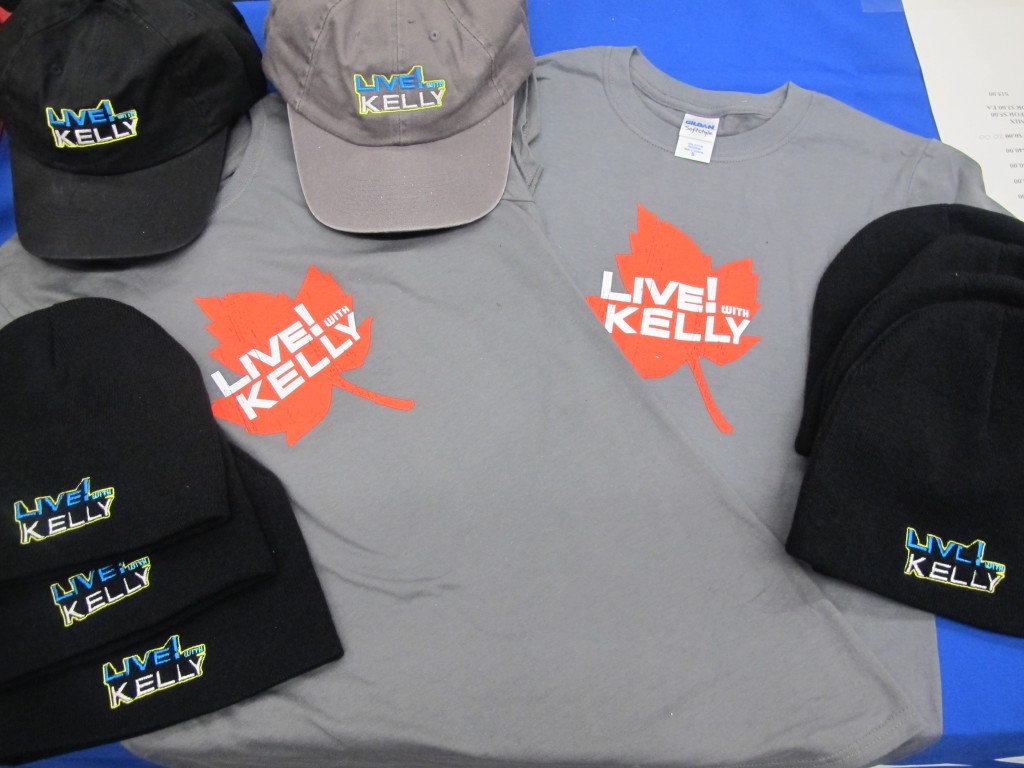 Tomorrow will see Kelly tape two more shows before packing her bags and heading back to New York City, when she does, I think Banff’s audiences will definitely be celebrated. Even though I’m a big fan of the show and TV itself (obviously), it was incredible to see just how excited people were to see Kelly and her famous friends on the stage.Â  The cheers, the whoops and hollers, it was like they were at a rock concert or something.Â  Everyone in the crowd seemed to be having an amazing time, even though before the show, many were forced to wait hours on end before they could get into their seats. All of those frustrations disappeared the second Kelly stepped on to the stage.

I’m excited to see what producers have in store for the audience tomorrow, including for co-host Ben Mulroney, who will definitely be enjoying the international spotlight.

That’s all for now, back to my celebrity stalking on the streets of Banff. 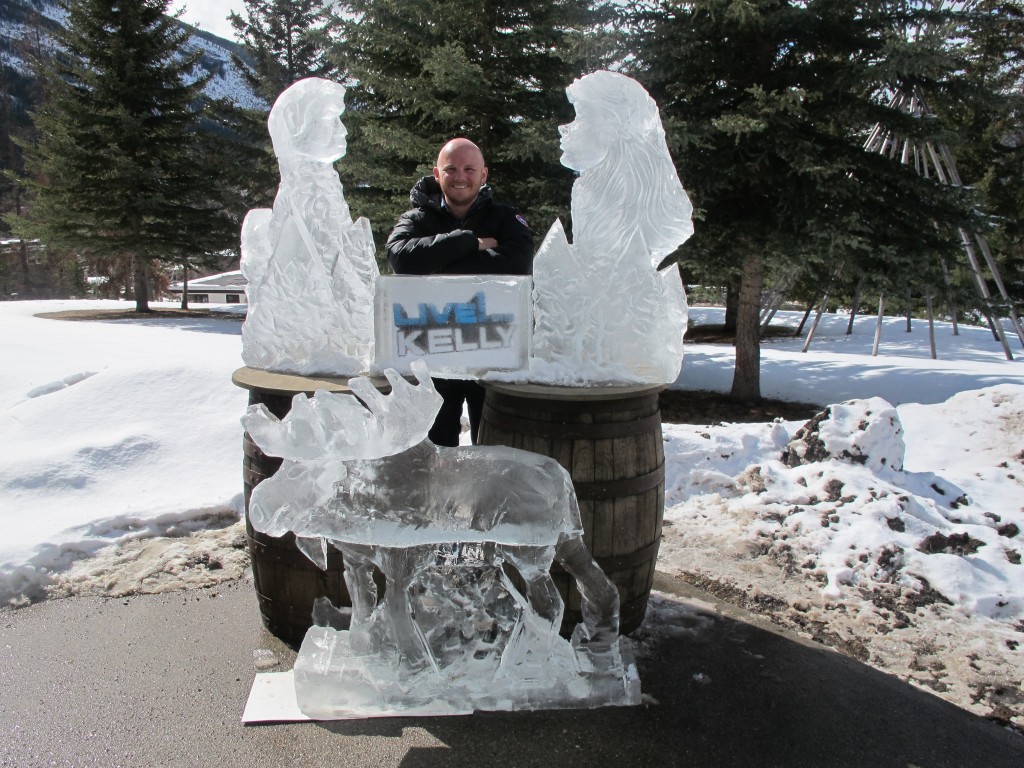