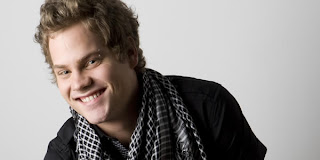 I remember when the Twilight movie finally came out, I thought that there would never be anything so highly anticipated for the rest of my life.

Well I was wrong.
Canadian Idol winner Theo Tams finally releases his first CD today and I know of at least four people who are really to moderately excited. I called around to a couple of HMVs to see if any of them were staying open late Monday night in anticipation, oddly they didn’t know who I was talking about.
Unfortunately, despite the massive hype around the album, things aren’t looking for Tams. Amazon.ca doesn’t even have his cover art up for the album (it has since been posted), which is unfortunately called “Give It All Away”, which I anticipate will be happening in about two to four weeks, even though the disc currently sits at #167 (it was in the 4000s earlier today) on the Amazon sales chart. Also working against Theo is that there is no Canadian Idol this year to help promote his monster debut. He’ll have to do it on his own at mall signings and bus stops around the country…or lethbridge.