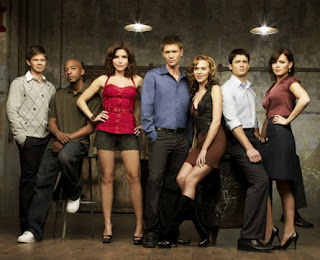 There is not denying that the TV Season is still suffering from the writers strike earlier this year. Many of our favorites haven’t been able to find their footing and many sophmore shows have suffered (Pushing Daisies, Dirty Sexy Money, Eli Stone, Private Practice) because nobody remembered to watch them again.

Well ladies and gentlemen, it’s about to get a whole lot worse.

The Screen Actors Guild announced today that is going to mail out strike referendum ballots on Jan. 2, with the results due three weeks later.

First it was the writers and now it might be the actors
.
It was bad enough that during the last strike I was forced to endure One Tree Hill our of sheer boredom, I don’t know what I’m going to go if there no more new movies and shows.

I guess at a time like this you can only ask one question:

“What would Chad Michael Murray do?”