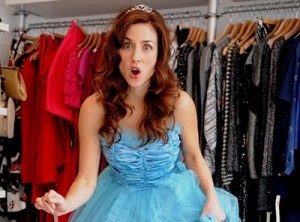 Being Erica is back for season 3! Â CBC just released this press release!

“Kirstine Stewart, general manager of CBC Television, is pleased to announce that the critically-acclaimed seriesÂ BEING ERICAÂ is back for a third season this fall. The new season will feature thirteen one-hour episodes.Â  The popular relationship drama with a time travel twist stars Gemini Award-winner Erin Karpluk as Erica Strange, a young woman on a one-of-a-kind quest through past and present to come to terms with life and relationships.

â€œBEING ERICAÂ resonates in a special way with CBCâ€™s viewers,â€ said Stewart. â€œWe have found a shining star in Erin Karpluk, whose portrayal of Erica is real, relatable and endearing.â€

Winning the hearts of CBC viewers since its series debut in 2009,Â BEING ERICAÂ is also capturing audiences south of the border. Simultaneously announced today is the third season pick up by SOAPnet, the Disney/ABC Television Groupâ€™s 24-hour soap opera channelÂ with over 75 million household subscribers.Â BEING ERICAÂ is one of SOAPnetâ€™s most popular series.Â To date,Â BEING ERICAÂ has aired in 38 countries worldwide.

I told you so!

Now let’s start the celebrations! Â Who wants to help me flip a car?