Not A Moment Too Soon: Marilyn is Back! 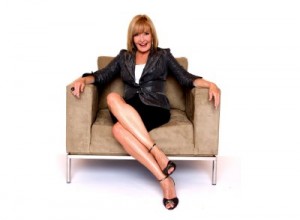 The world of daytime talk shows in Canada has been in a bad state lately.Â  There’s CityLine (meh), Steven and Chris (ugh) and…..wait…is there anything else? And if I’m being honest,Â  nothing has ever really held my attention or interest since the glory days of Camilla Scott and Dini Petty.Â  But starting on Monday things on the Canadian daytime TV landscape will finally be changing and this time it will be for the better!

It was around this point in the blog post that I was hoping to have an interview with Marilyn and I’ve been trying for months in vein to try and secure an interview with Ms. Denis but so far have been unsuccessful. But that doesn’t mean that I’m any less excited for her return to national television.Â  It’s only been a few years since she left Cityline but it has felt much, much longer.

And let’s be honest, CityLineÂ  really limited the talents of Marilyn. Now that she has her own show, she doesn’t have to be so dependent on segments about “The Perfect Pillow” or “Mini-Van mom makeovers.”Â  Her new show will focus more on celebrity interviews, and it looks like she’s already lined up an impressive roster of talent for her first week.

Some of the people that will be swinging by Marilyn include: James Denton (Desperate Housewives), Josh Groban, Jason Priestley (Call Me Fitz), fashion model Jessica Stam, Wendie Malick (Hot in Cleaveland), Taylor Kitsch (Friday Night Lights), and Eric Braeden (Young and The Restless)!

Did you miss Marilyn as much as I did?Â  3 sleeps!