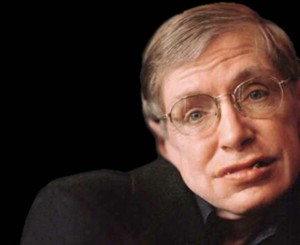 Later this month, renowned astrophysicist Stephen Hawking will be appearing in the new documentary The Universe, which will be airing on Discovery Canada.

In the special, Hawking revels that he believes that someday time travel will be possible! Â But don’t get too excited, he also clarifies that he only thinks travelling in the future will be possible, not in the past. Â Something do with paradoxes or something like that.

The fact that it is pretty much confirmed that we will never be able to travel back in time is obviously devastating news to me. Â For years, I had been writing a list of things I would like to do when time travel became standard. Â Since this doesn’t seem to be happening anytime soon, I might as well show you some of my list. Obviously, I’m not going to show you everything, in case Hawking is wrong, I can’t have you stealing my ideas!

Mike’s Ultimate Super Duper Things To Do Back In Time List!: The Excerpts

3. Audition for You Can’t Do That on Television.
17. Keep my original Nintendo and more importantly, Duck Hunt. (Never mind, found it online.)
19. Become american.
20. Vote for Jennifer Hudson.
27. Pay attention in school when they teach you how to use a comma.
45. Shave my head as soon as I start balding in high school.
53. Never get a credit card or line of credit.
78. Stop Jin and Sun from getting on that sub.

What would you do?