No Doubt about it! 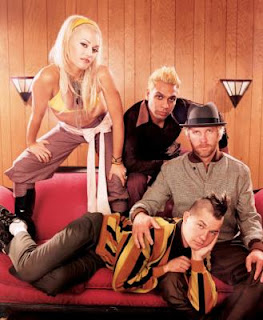 No dates for the tour have been announced yet, but you better believe I will be in the first few rows. A couple of years ago, I had the chance to see Gwen Stefani in the 2nd row (I even got to meet her). She was so good that I almost formed my own religion dedicated to her awesomeness. Unfortunately, I am lazy and forgot about it soon after.

No Doubt has announced that their opening acts will include The Sounds, Janelle Monae and Canadian’s Bedouin Soundclash. (I’m sure Steve will be pumped) They also announced that Paramore will be their special guest for the entire tour.