I’ve got some new music for you from two of my favourite Calgary musicians.

I write about Michael Bernard Fitzgerald so much, I think his growing fan base probably thinks that this is his blog! Sadly, it’s not…because I’m a terrible singer.Â  MBF has finally released a video for his insta-hit Firecracker and like a firecracker it.is.HOT. Watch for yourself, but be prepared because the feeling to get up and dance might be too hard to resist.

MBF’s debut full-length album YES will be released on August 27th. Check out his website for more info. 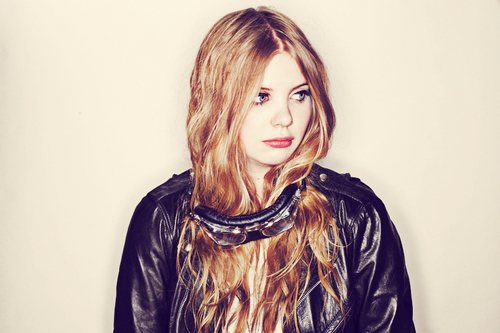 Samantha Savage Smith busted out onto the music scene two years ago with Tough Cookie. I first heard her on CBC’s Q with Jian Ghomeshi. Not a bad gig for a relatively new artist.Â  Now, the Calgary-born singer is busy working on album number two. Actually, according to social media, the second album is done and now we just have to wait for it.Â  Until then, Smith has just released the album’s first single Kids in the Basement and with cooey (made up word) softness, it’s a great song to show new listeners just how much control she has of her beautiful voice.