This past weekend, I got the chance to finally check out the Canmore Folk Festival.Â  The weather was perfect, the crowds were amazing and as it turned out, it was a festival packed full of great artists waiting to be discovered.

I wanted to take a moment to talk about two of my favourite finds from the three day fest. 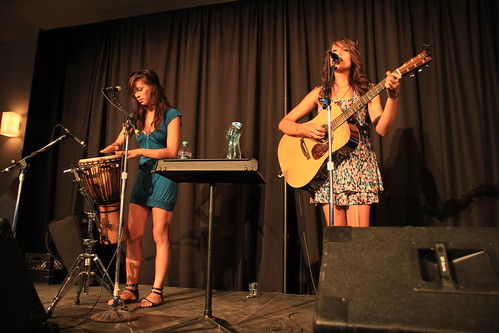 I’ll be honest, the first time I heard Samantha Schultz and her sister Emily at the festival, it was in the beer hall.Â  And I’ll also be honest when I say that I wasn’t in the beer hall to listen to music, as much as I was to enjoy some $5 beers on a hot day.Â But when one voice can get a hall packed full of people to stop talking, then you know it’s worth listening to. The sweet voice of the Edmonton singer was easily one of my audio highlights of the weekend.Â  I think a common struggle for any new artist is making a crowd of non-fans listen to a bunch of original songs, but as luck would have it, the voices of the Schultz sisters more than made up for unfamiliar songs.Â  In fact, when they did eventually sing a cover, it felt like it wasÂ  break that no one asked for. 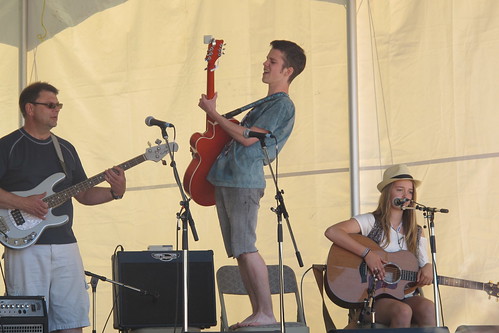 What were you doing when you were sixteen?Â  I was learning how to drive, others were sitting on the couch watching TV.Â  Maybe you finally figured out how to reset you Super Nintendo, either way, chances are you were no where nearly as talented as Layten Kramer.Â  The Canmore teenager only played a few songs during a workshop on the final day of the Festival, but days later he’s still being talked about as one to watch.Â  With traces of Jonny Lang, he had the crowd cheering within a few strums of his guitar.

Together with his band mates Logan Thackray and Eli Panning-Osendarp, Layten rocked out on a the perfect summer day and I had visions of the things that were to come for him.Â  I did a little research, and they’ve already released an album which as of now is being repeated over and over again from all rooms of my house.Â Â  I wish I could tell you specially what I loved about this group, but I think you’ll just have to listen for yourself.Â  Remember, Layten is only sixteen years old. (That means he was born the year of the OJ trial!Â  Sigh.)