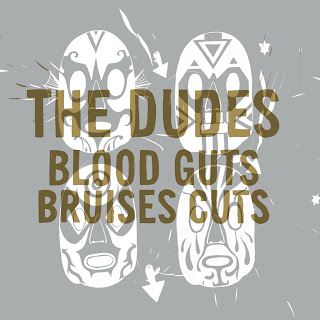 One of my favorite Canadian Bands, The Dudes, release their new album today! Â And because lately I’ve been told that I’m becoming very bossy and think I’m always right, I’m telling you to buy it because it’s awesome.
The album is calledÂ Blood Guts Bruises Cuts. Â X92.9 has already been giving tons of support to the Calgary based band by playing their first single called Pretty Lies on pretty heavy rotation.
The Dudes will be having a release party next week at The Legion. Â Check out their website for the details.
Check the band out and then buy their music! Â