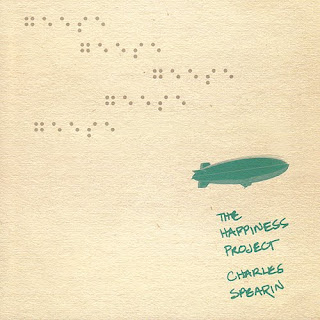 In case you didnâ€™t know, American radio sucks. Like sucks hard. So traveling around northern California for four days, with only one CD became, letâ€™s just say, friendship-testing.

It helped that the one CD was Bon Iver, but you can only listen to him for so long until you feel like opening up your door and jumping onto the US 101 and ending it all.

So you can imagine my great relief when we discovered an amazing music store called Amoeba Records in the terrifying/cool neighborhood of San Francisco called Haight and Ashbury. Cool because there were hippies and independent stores all over the place. Terrifying because I had to avoid stepping in human feces more than once.

But Iâ€™m straying from my point. All of this is to say that we picked up a great CD called The Happiness Project by Charles Spearin (Broken Social Scene, Do Make Say Think.) At first, my Top-40 loving heart was concerned with the possibility of catching beats and disposable lyrics. But, upon listening, I discovered that the album is more than just music. Itâ€™s essentially a music project where Spearin recorded conversations with his neighbors, I assume knowingly, on what they think of happiness. He then decided that conversations actually sounded like songs, so he broke down each of their definitions of happiness and turned them into songs with instruments. Okay, sounds crazy, I know. Thatâ€™s what I thought too, but then when we actually started to listen to it I was blown away. Almost immediately I got lost in my own thoughts. What if we didnâ€™t talk? What if all we could use were instruments? What instrument would I be? Why didnâ€™t my mom ever buy me that flute for Christmas?

But I also got to thinking about animals. Iâ€™ve always wondered how they talked. Surely they donâ€™t just react off instinct – there has to be more to the way they communicate. And maybe that is sort of what this CD is, a different form of communication for us humans, where we use tones and music to communicate with each other while using words. Like I said, very interesting stuff. God, I sound like such a hippy. What has San Francisco done to me?

Itâ€™s certainly not something I would normally listen to, but Iâ€™m glad I did, because I am giving it a solid recommendation, if for no other reason then for you to think about what instrument your voice would be. Iâ€™m guessing Iâ€™m a recorder or maybe a glockenspiel.

Here is a video clip of the project in action:
Charles Spearin – The Happiness Project