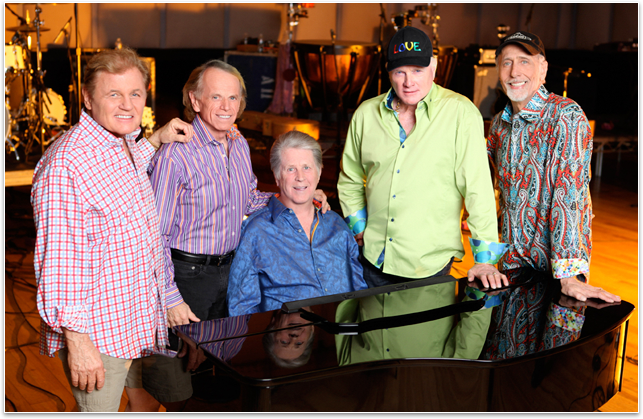 Do you feel that? Because I do.
Yup, that’s good vibrations you’re feeling and they are coming to The Calgary Stampede!

The Calgary Stampede and Stampede Concerts Inc. bringing together the original Beach Boys for a once in a lifetime show that’s worthy of the world’s most legendary and influential bands in popular music history!

Brian Wilson, Mike Love, Al Jardine, Bruce Johnston, and David Marks have come together for the first time in 20 years for their golden 50th Anniversary Tour, and the Stampede is one of only three Canadian shows and the only western Canadian stop on their 40-plus date international tour.

And since it’s never too early to get ready for The Calgary Stampede, I’ve got a pair of tickets to giveaway to the concert!

The show is on July 11th at the Saddledome and the tickets come with admission to the park, so you can enjoy the grounds before the show!

To enter:
Leave a comment telling me what’s your favourite Beach Boys song!

A second entry can be down via Twitter, by tweeting:
“.@TheBeachBoys are coming to @calgarystampede on July 11th and @mikesbloggity is giving away tickets http://goo.gl/4LLmE!”