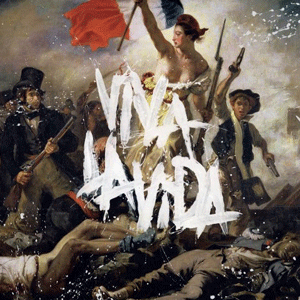 Finally the new Coldplay is comes out Tuesday morning. Â Holy Moses has an album ever taken so freaking long to come out? Â I don’t mean in time between since their last album, I mean that doesn’t it seem like we’ve been talking/hearing/cursing this album for so long. Â Maybe it’s because I’ve already listened to the whole thing a couple of dozens times, but I’m kinda over it. Â Like I said last week, it’s okay but I love me my Yellow and The Scientist that nothing really seems to compare. Â Anyway the album is available in stores and Itunes today. Â Check it out and let me know what you think, I’m probably just mad that they cancelled their tour to go to Toronto and Montreal. Â Sigh…Toronto and Montreal. Sorry, I don’t know what I went there for a second.

Anyway in case you care there are a couple of other releases out Tuesday too!
-Goo Goo Dolls: Greatest Hits 2 (um…what?)
-The Offspring (that’s justÂ embarrassing)
-Sister Hazel (that is a joke right!?!? Like who is seriously going to buy a new Sister Hazel CD?)
-Ice Cube (Even I don’t mess with Ice Cube. Â Congrats on the release Mr. Cube)