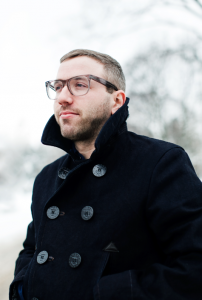 You’ll be hard pressed to find any Canadian that doesn’t have a little bit of a crush on Dallas Green and his side project City and Colour.

Fans have been waiting years for a new album and after countless teases and sneak peeks, City and Colour has finally released the first single, Fragile Bird. But don’t let the wimpy title fool you, this isn’t the Dallas Green you are used to.

Have a listen, I think you’ll be surprised how much “harder” it is compared to older music from City and Colour. I’m using the term “harder” loosely, because usually Green’s music makes you want to sit by a window and stare out longingly while it is raining.

Little Hell is the name of the new album and it will be released on June 6th.