Wow I don’t know what you guys did to deserve this, but both Alanis Morissette AND Arcade Fire have just releasedÂ  songs for your audio enjoyment.Â  Still waiting desperately for anything new from Shania Twain and The Moffatts?Â  Back of the line.

Arcade Fire’s two new songs will be included on a re-release of their AMAZING album, The Suburbs.Â  Seriously, if you don’t own the Grammy winning disc, your life has a void.Â  You might not know you have a void, but everyone that owns The Suburbs knows and we are mocking you, silently.

Listen to the two songs now:

So what do you think? I don’t know about you, but I’m a fan.Â Â  I think they are great companion songs to The Suburbs. Are they worthy of your mighty dollar? The re-release will also include a DVD of the Spike Jonze short Scenes From the Suburbs and an 80-page photo book from the film. 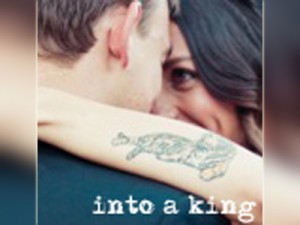 Not to be outdone, Alanis Morissette has also released a new song, in celebration of her one year anniversary with husband Mario Treadway.Â  Given what she wrote about Dave Coulier, I was intrigued to see what she’d write about someone she actually loved…and loved her back.

The song is called Into A King and besides the sorta cheesy chorus, it is already my favourite Alanis song in a long time.Â  Is it me or can you just tell that she sounds happier?Â  And if there is anyone I want to be happy more than Alanis, than I don’t know who that person could be.Â  I guess having a baby and a successful marriage can do that for you?Â  I’m happy enough when my Entertainment Weekly comes in the mail.Â  It’s really about the little things.

Have a listen and try to guess how long before all of our friends are posting it on their Facebook walls, celebrating their own anniversaries.Â  Great. I’m super looking forward to that for the next twenty years.

into a king by alanismorissette