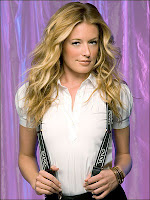 CTV has gotten itself into quite the predicament this fall since it looks like they are going to be stuck airing four or five hours a week of the So You Think You Can Dance series!
FOX just announced that the series will have another season in the autumn, almost immediately after this summer’s run. Â And since that is the same time So You Think You Can Dance Canada is also supposed to air in the fall, I think that might be a tad too much Mary Murphy.
Oh hell, who are we kidding, we had too much Mary Murphy three years ago. Â
Am I the only one that Some times spends too much time dreaming of her getting run over by the hot tamale train?
On a semi-related not: I’M SO FREAKING EXCITED TO HAVE CAT DEELEY BACK IN MY LIFE!!!! that is all.
For more about SYTYCD check out Out is Through.