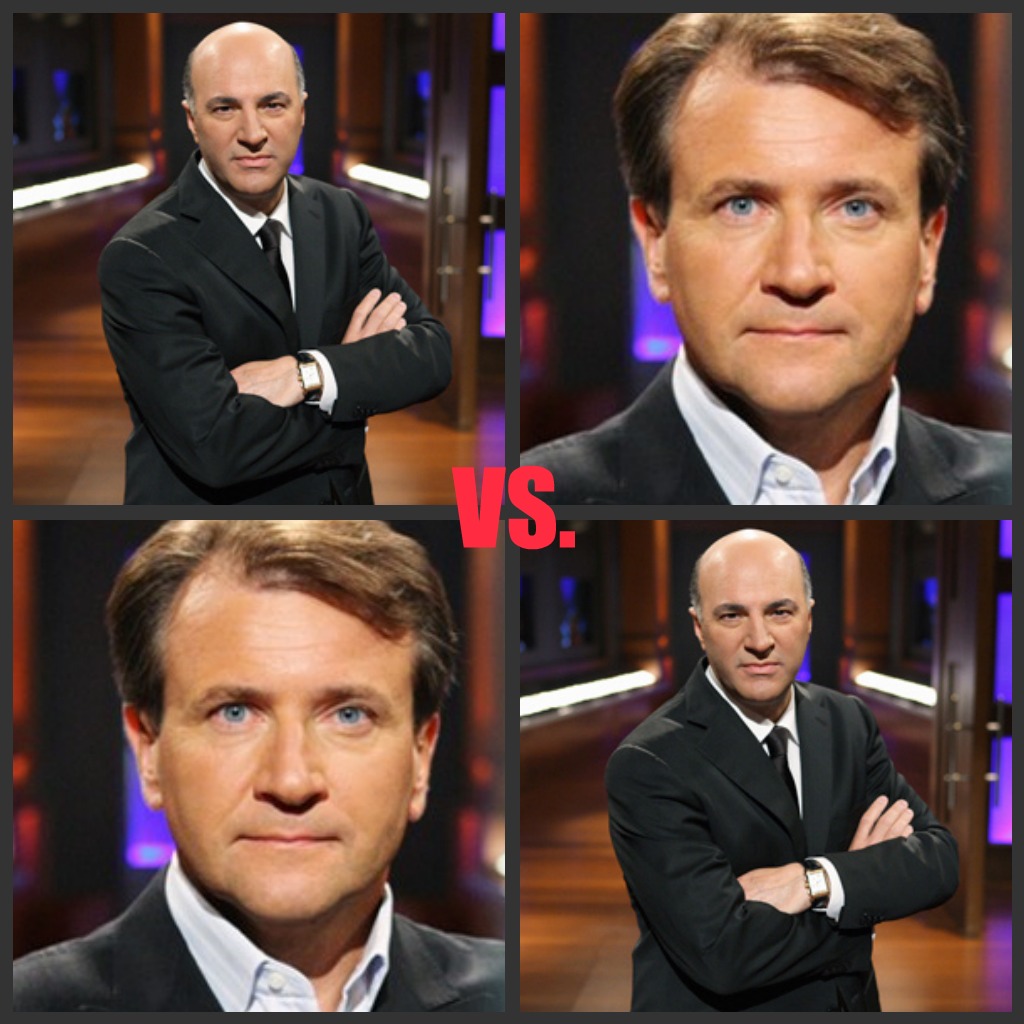 Well this is an interesting predicament.

Starting tonight fans of Dragon’s Den‘s Kevin O’Leary and Robert Herjavec will be able to get a double dose of their favourite Dragons on the american counterpart of the popular CBC show, Shark Tank.

Wait.Â  That may have been more confusing than I meant it to be.Â  You see, for the past five seasons, Robert and Kevin have been on the show Dragon’s Den.Â  BUT what you may not have known, is that they were also playing Sharks on the little seen (but exactly the same) Shark’s Tank on ABC during the summer.

But now, thanks to /A\ channel, Shark Tank has been moved from its summer slot and will premiere tonight instead. So now ever week, we will get to watch Robert and Kevin do the same thing on two different shows, on two different networks. Â  Granted, Dragon’s Den airs on Wednesdays, so at least there is some separation, but it still seems a little too close to comfort.Â  Not to mention that O’Leary already has his own show on CBC News Network called The Lang and O’Leary Exchange. It’s like, when none of us were looking, Kevin O’Leary become Canada’s mean Regis Philbin.

Truth be told, I couldn’t be more excited to be getting second-helpings of both shows.Â  I’ve never been shy to admit my addiction, the more the merrier!