It’s the time of year when companies compile all their data and reveal what Canadians are doing with their free time, even if we won’t admit it ourselves. It was a busy year in binging as members worldwide streamedÂ 140 million hoursÂ per day (or more thanÂ one billionÂ hoursÂ per week)!

Netflix Canada has recently put out some stats about Canada and the shows and movies we like to watch, and it reveals some startling facts: We cheat a lot. Not like in a sexual way, but in a streaming way, which, depending on your relationship, might be even worse!

So do you cheat? With Netflix, I mean.Â  If so, what show did you cheat on? I’ll admit it, I cheated on my boyfriend with Master of None.Â  The reviews were so good and I couldn’t wait to find a time that we both could watch it together, so I just watched it without him. I got busted a few weeks later when I was talking about it at a dinner party. Loose lips and all that.

But I’m glad I’m not the only one Netflix Cheating. Here’s the list of shows that got other’s cheating too: 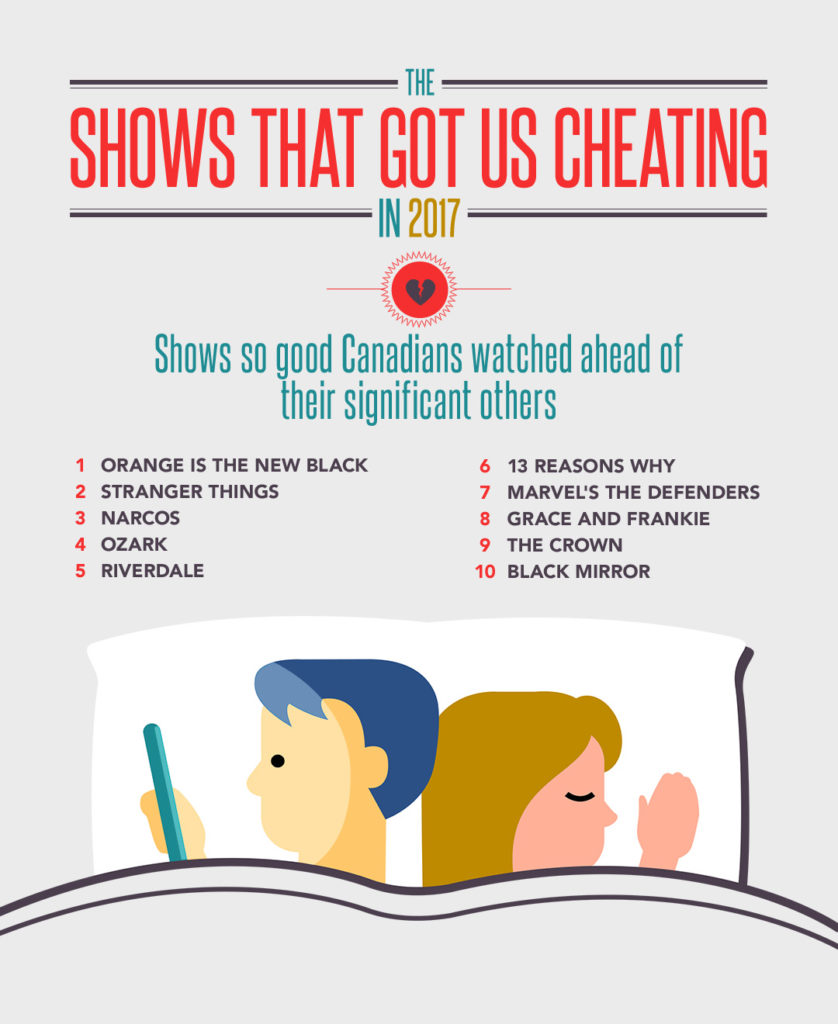 And of course, the best perk of Netflix is the ability to stream through almost a whole season of shows in a matter of days…or hours.Â  The show I try to stream too quickly is Orange is The New Black. I just love it so much that if I watch it all in one weekend, my heart can’t handle waiting another season to catch up with the inmates ofÂ Litchfield Penitentiary. But sometimes shows are so good or the weather is so crappy, all you can do is stream away the day.Â  Here’s some of the shows that we Canadians found irresistible. 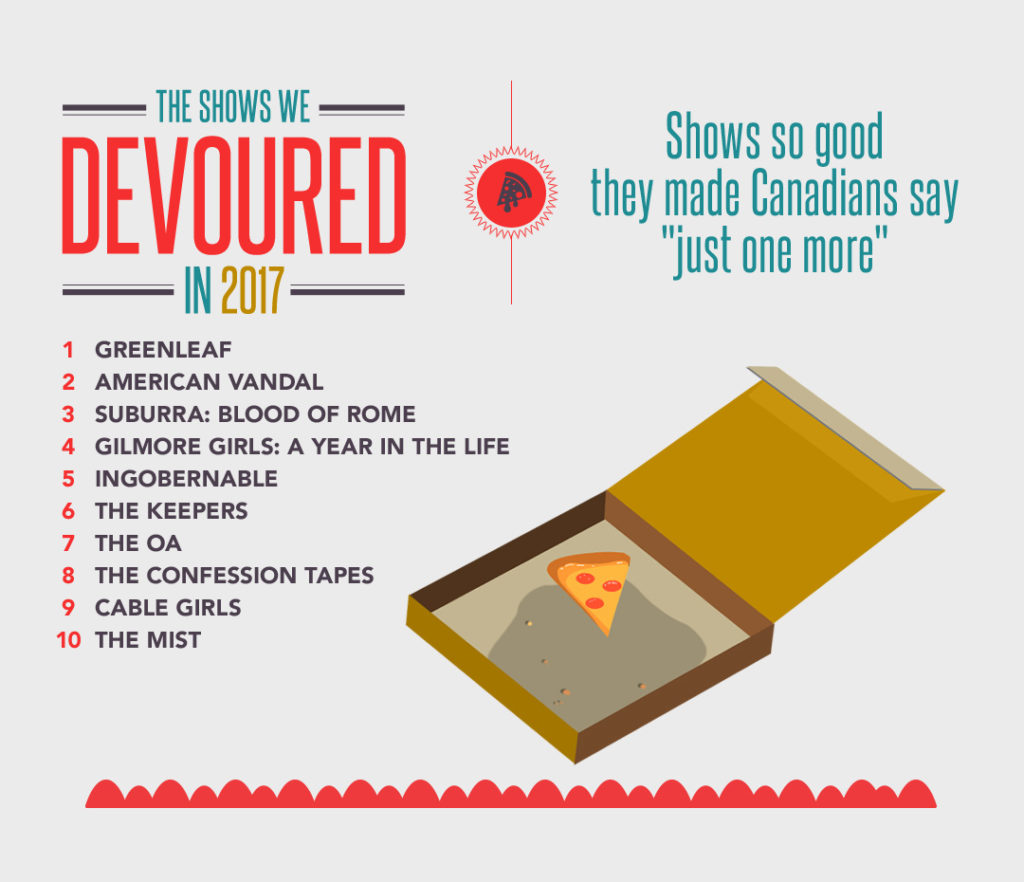 For the record, I’m still mad about the Gilmore Girls musical episode. What a waste of time. But, speaking of waste of time, but in a good way,Â  I actually haven’t seen a lot of those shows listed, so it looks like I got a lot of binging to do.

What were your most binge-worthy shows this past year?