Need to relax? Have you tried staycationing?

We recently got a chance to stay at the newly revamped Delta Calgary South. Now, I know what you’re thinking, “Mike, the name of the hotel implies that it is located in Calgary. Aren’t you also located in Calgary? Why would you stay in a hotel in your city?” Well, the answer is simple: Hotels are awesome, especially when they’ve just been renovated and are newly equipped with things like free wifi and a SmartDesk, which essentially turns their large HDTV into your personal computer. Add in amenities that my home doesn’t have like heated floors and access to the club lounge and well, I can’t imagine why everyone doesn’t staycation, but just in case you need more convincing, here some more reasons. 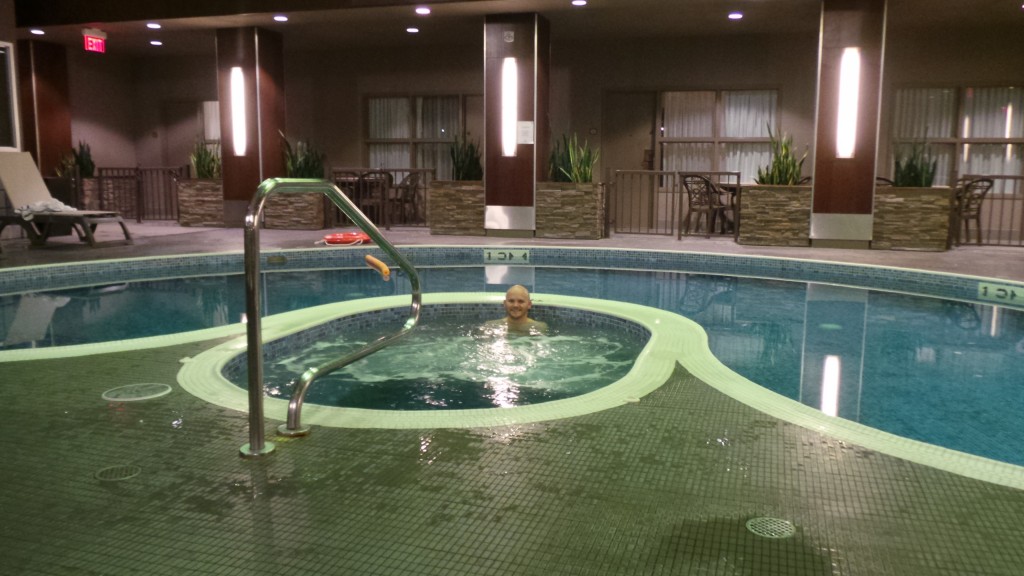 Access to a water slide!
Now, I don’t want to downplay my excitement that staying at the Delta South gave me all access to a super fun water slide. I know I’m beyond a water slide’s demographic, but that doesn’t matter to me. Any chance that I have to throw myself down a twisty turny tube full of water, well, I’m taking it! Plus, in between rides on the water slide, there’s probably nothing better than a really hot tub. If you’re house has a water slide, I guess I could understand why you don’t understand the point of a staycation, but let’s assume you don’t have a 30foot water slide in your basement, it’s pretty awesome when there’s one just down the hall from your room. 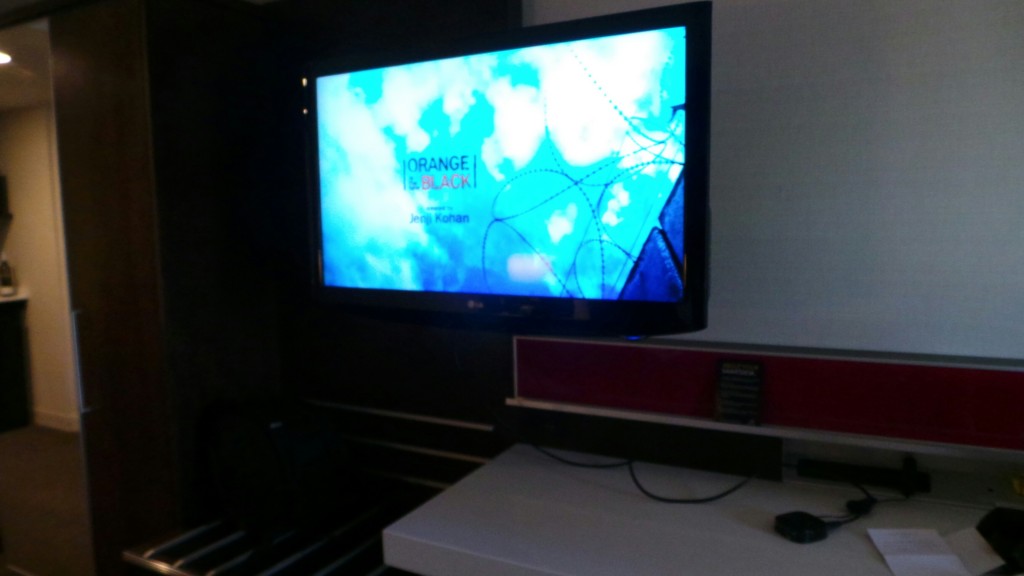 Catch up on the important things…..like Netflix. I don’t know about you, but even when I tell myself that I’m going to have a night in, it’s hard to fully commit to that. Either I’ll start cleaning something, working (yes, blogging is work) or can’t decide on just one thing to watch, so I end up going out instead. Well, when you’re staycationing, it’s much easier to convince a busy brain to just relax, because there’s nothing to clean, no laundry to fold or dishes to wash. So we brought out AppleTV, hooked it up to the SmartDesk and caught up on some TV shows that we’ve been dying to watch. I honestly couldn’t imagine a better way to spend a Saturday night.

Room service! A few years ago, I had a conversation with myself, where I concluded I was never going to be uber-rich, I’m fine with that, but it was something that had to be said. But every now and then, it’s fun to pretend that you’re rich by doing silly things like ordering room service. I know it’s not the same as owning a fleet of luxury cars or owning a tuxedo made out of diamonds, but the fact that I can just pick up the phone, order something and a few minutes later, I’m eating that very thing I just ordered while in bed, is the coolest thing in the world. Even if you ordered in at your house, you have to clean up afterwards, but not at a hotel, just put it outside your door and get back into bed. It’s the best.

Instant relaxation! Real talk: I’m not a super fun person to travel with. I want to see everything, take photos of everyone and know that when I leave a city, I did saw everything there was to see and do. For the people traveling with me, it can be exhausting, but if I leave with a camera full of photos and a brain full of memories, I’m pretty happy. But yes, I can totally admit it’s not really relaxing. The advantage of a staycation is that you’re in your own city and the push to go see things is dramatically decreased. I mean, yes, there’s lots of things to see in Calgary, but if you’re in a nice, relaxing hotel room, why would you want to leave?

Thanks for the opportunity, Delta!