My Night In the Den!

>So I just got back from one of the most amazing nights. I was invited to watch the premiere of CBC’s The Dragon’s Den with the entire cast and crew at a premiere party here in Toronto. I couldn’t have asked for a more perfect way to celebrate my last night in Toronto. This week has been INSANE and tonight’s party just capped it off perfectly. Let’s just say, they were serving Dragon’s Den Martini’s. Or as my mom would often call them, Mommy’s Night-Night Juice.

I got the chance to talk to a couple of the “dragons” and the host and all were amazingly nice. Seriously, I did everything I could to make them become as mean as they are portrayed on tv, yet nothing. I even asked them all for a couple of hundred dollars. All they did was laugh. I wasn’t joking, cabs are expensive in Toronto.
I also got my very first SWAG BAG! There was a ton of cool stuff in it, mostly it is some of products you’ll be seeing in this season of the show, so I’m going to share with you the contents at a later time. But can I just say, swag bags? Very cool.
Watching the show with the cast was a once in a lifetime opportunity and I had a blast meeting everyone. Check out some of the pictures!
Did you watch Dragon’s Den tonight? 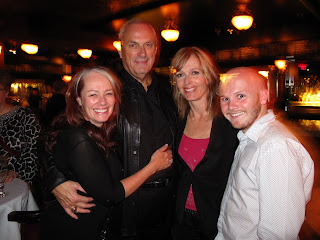 Some of the Dragon’s Den Cast. From left, Arlene Dickinson, Jim Treliving and host Dianne Buckner 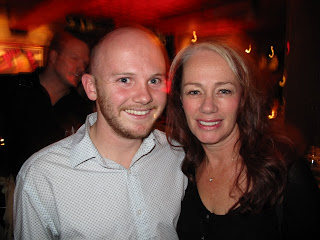 Arlene Dickinson and I. She doesn’t know it, but I’m going to interview her in Calgary. Probably in a McDonald’s drive-thru. 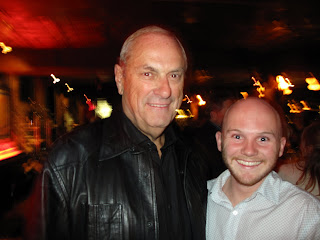 Jim Treliving and me! Can you tell who is the gentle giant and who is way too excited?

Special thanks to everyone at Media Profile for a great night. Jennifer, Allison, Jeri and Renee, you guys rock my socks off. And I was wearing two pairs. Wish you were there Rachel, Dane and Charmaine and all my other peeps that are way to nice to Mike’s Bloggity Blog!