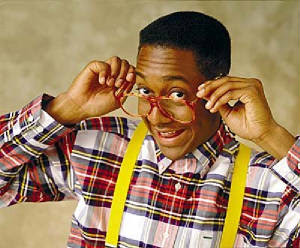 So this Saturday I will acting in a Murder Mystery.

This is very exciting for me because the last time I was asked to do this I had to play the murder victim, which is fine, the problem came in the fact that the murder victim was a womanizing hockey player. My acting chops were put to the test that night and I was anxiously awaiting my turn to redeem myself.

This saturday the theme of the murder mystery is High School Reunion and while I don’t get murdered, I do play one of the suspects. I don’t want to tell you if I did it or not, but it is going to be a lot of fun.

The character I am playing is named Warren and he was the high school nerd who has made it big with Microsoft. A lot of the night will be spent doing improve, so I am going to have to look deep down and find my inner nerd. Although, while I have some experience being a nerd, I think I was always more of a loser, which is waaaaaaaay different then a nerd.

So over the next couple of days i will being my nerd research. The immediate examples that come to mind are Steve Urkle, Screech, Eric (from that 70’s show) and half the cast of Freaks and Geeks.

But I what I need are some more suggestions, if I am to become the BIGGEST NERD OF ALL TIME, what should I talk about? How should I act and most importantly, what should I wear?!